Iran has gone through economic downturn over the past years due to prolonged international sanctions. Soring food prices and subsidy cut have directly affected the food security situation among the poor and vulnerable population. The international sanctions have been lifted since 2016, though the positive impacts on the Iranian economy are yet to be materialized.
The country is prone to various food security shock factors. Among others, volatile agricultural production, food price hike, natural disasters like earthquakes, floods and droughts, and political instability of the neighbouring countries would have a negative impact on food security of the population.
This report aims to describe the current food and nutrition security situation and vulnerability factors in Iran, identifying geographical areas of concern and the population groups that would be most adversely affected by food insecurity shocks or relevant risk factors. The report is prepared based on secondary data analysis. It should be noted that access to relevant data and information is limited, and the available data from various sources was not always consistent or complete, which reduces the validity of the report. 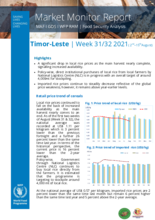 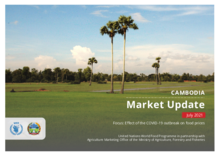 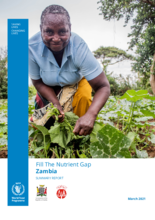