Over the past half century, Lake Chad has receded drastically due to various environmental pressures, from climate-induced desertification to human-led stream-flow modification. Exemplifying the disproportionate effects of global climate change, the lake’s recession increases water stress within a region battling drought and experiencing intense competition for multi-usage of the hydro-system. The degradation of natural resources, in turn, impacts the largely subsistencebased livelihoods of people living in the Basin, degrading regional food security and quality of life. Now reduced to a fraction of its original surface area, the “disappearing lake” faces serious preservation issues as land revealed by the receding shores is being claimed as farmland or new settlements to accommodate rapidly expanding demographic growth in one of the poorest regions of the world. 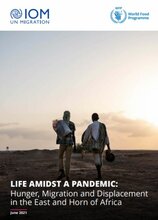 East and Horn of Africa - Life amidst a Pandemic: Hunger, Migration and Displacement, June 2021 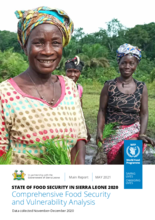 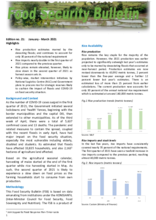