In rural areas of Myanmar, less than half of all children complete primary school. High dropout rates in primary school remain a serious concern, especially in remote areas. In 1996, WFP launched school feeding in northern Rakhine, which has some of the lowest education and food security indicators  in Myanmar. Ever since, WFP has expanded its school feeding programme to Chin, Kachin, Magway, Shan, and Wa. Under the current Protracted Relief and Recovery Operation, launched in January 2013, WFP school feeding covers early childhood care development (ECCD) centres and primary schools with on-site school feeding of a daily snack, fortified high energy biscuits (HEB), during the entire length of the school year, which runs from the beginning of June, to the end of February.

What WFP is doing in Bangladesh 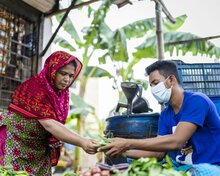 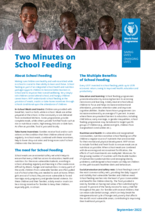