BISSAU – Amid several hunger emergencies – both natural and man-made – the United Nations World Food Programme (WFP) is marking World Food Day, 16 October, by highlighting both the challenges around the world and the real progress being made toward “zero hunger.”

“Every year, we witness hunger’s devastating effect on families, communities and whole economies,” said WFP Executive Director Ertharin Cousin. “But despite horrific crises engulfing entire regions, we are making real progress in the fight to sustainably and durably end hunger and chronic malnutrition. Thanks to the work we do with our partners on emergency preparedness, support to family farmers, nutritional assistance – particularly in a child’s first 1,000 days – and building the resilience of communities to withstand shocks, millions of people are now better able to focus on building a future free of hunger for themselves and the next generation.”

According to The State of Food Insecurity in the World 2014 report, the total number of hungry people in the world is down by 37 million, to 805 million, and 63 countries have reached international hunger-reduction targets before 2015, proof of the progress possible when governments, humanitarian organizations and the private sector come together to make lasting change.

WFP in Guinea-Bissau is currently operating a programme which covers the period March 2013 to December 2015, assisting about 160,000 beneficiaries every year. Almost 86,000 school children receive a daily hot meal and more than 12,000 girls benefit from a quarterly take home ration as an incentive for their families to allow the girls to attend classes. Approximately 36,000 women and children receive nutritive products to prevent or treat malnutrition, under nutrition programmes.

In alignment with the priorities set by the Government of Guinea-Bissau, and in collaboration with other partners, WFP is working to increase rice production and its commercialization in the country, by helping to increase cultivated areas and improving the feeder roads connecting the production areas to the markets. 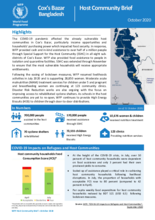 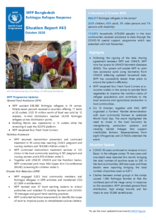 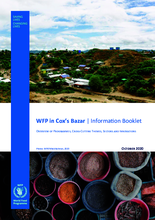