More than a year after foreign forces withdrew and the Taliban took power across the whole of Afghanistan, the country’s economy has withered and development aid and assets are still largely frozen, leaving the country facing its most serious risk of famine in 20 years.

Millions of families have almost no way to cope with another harsh winter. Indeed, the World Food Programme (WFP) is one of the last remaining barriers between Afghanistan and famine.

But the strength of our hunger barrier will depend on donor generosity. WFP urgently needs US$1.1 billion to continue delivering monthly food and nutritional assistance for the next six months to 18 million acutely food-insecure Afghans — six million of whom are teetering on the brink of famine. The sum includes US$172 million to pre-position 150,000 mt of food for winter.

One of the few upsides to the past year has been a decrease in conflict, increasing humanitarian workers' abilities to reach remote, vulnerable communities.

As emergencies that compound an ongoing broad emergency, earthquakes and massive floods have left a swathe of destruction in Afghanistan and now in Pakistan, spelling further hardship for Afghans — whom rely on their neighbour for much of their trade.

Farmers are still reeling from one of the country’s worst droughts in decades, with their shrivelled harvests worsening already skyrocketing hunger.

For the first time, urban and middle-class families are being hit too. Also, mounting barriers prevent women and girls from accessing the food, education and skills they need to feed their families and move forward.

Meanwhile, a darkening global food-security landscape, economic slowdown and soaring prices driven by the war in Ukraine have left one of the world’s largest humanitarian crises struggling for financing.

Most crucial will be the coming winter months, when hunger bites hardest. If the urgently required funding comes through, WFP plans to pre-position food in rugged and remote areas in the weeks before snow and ice close roads and make many communities inaccessible. This will help avoid catastrophic levels of food insecurity and even starvation.

Despite steep odds, over the past year WFP has reached more than half the country’s population with life-saving food and nutritional support. The majority of those we assist are women and girls.

The current economic crisis dramatically exacerbates the already dire situation in the country. The need for assistance programmes that help households and communities build livelihoods and support themselves is more important than ever.

We are working with farmers, millers, bakers and women to build skills and strengthen livelihoods. WFP projects like reforestation and flood protection help fight the effects of the climate crisis, which is deepening Afghanistan’s hunger crisis.

Donors have been generous, but the scale of the hunger crisis is immense. Needs outpace
available funding. International generosity is critical for any meaningful scale back of hunger and malnutrition — the most basic pre-conditions for Afghans to recover and move forward.

Women in their own words

In Kabul, 29-year-old Shafiqa, a mother of three, earns a small salary cutting and shaping gemstones to sell to the dwindling buyers who can afford them. She does this through a programme run by WFP and its partner NGO, Rupani Foundation.

The years-long violence has left deep scars — five years ago, Shafiqa’s husband was killed in an explosion in the capital. Her earnings now, around US$94 a month, are just about enough to pay for food, rent and her children’s schooling.

“This job has changed my life,” says Shafiqa. “All I want is that my children be educated.”

WFP’s support has also proved crucial for Aisa, whose nine-month-old son was treated for malnutrition at a WFP-backed hospital.

“His health started to deteriorate two months ago,” she says. “People of the area suggested coming here.”

Aisa’s cousin once sent the family remittances from Ukraine, but these have since dried up with the war in that country — leaving the family’s food security more precarious than ever.

“If I had money,” she says, “I would never have needed to bring my son to hospital.”

Rabia, a mother of six whose husband left her, is also living on the edge.

“My economic situation is critical,” she says. “Two of my boys are day labourers and their income is not enough to cover all our needs.”

She is worried about the health of her youngest child.

“He was fine when he was born,” she says, “but in the last months, he became weak.” 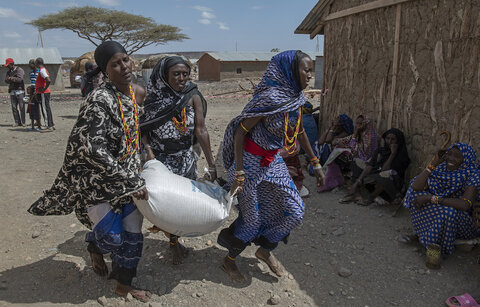 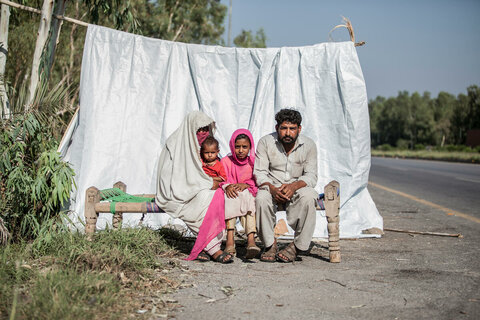 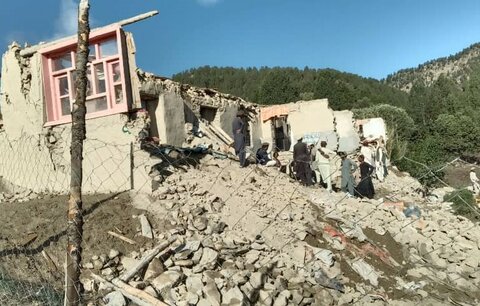