In our own words: Three stories of escape, longing and hope for the future

"I miss working, I miss our fertile land, I miss my young brother and my sister. I haven't seen them since the day I left."

I was in Juba when the second wave of fighting between the governmental and opposition forces broke up. During those days of war, life was so hard. People dying from gun shots, others dying of hunger. We had no safe nights. Robbers attacked in the dark, storming in people's houses and farms and spreading a sense of endless insecurity.

I had no choice. I had to leave. I made my way to Uganda.

But fear made its way along with me: images of dead soldiers laying down and their destroyed vehicles by the side of the road, empty houses with dismantled roofs in the background. And then nothing, no one. We walked several kilometers without seeing anybody on the way. At a certain point, I really thought we wouldn't make it through. But at last, with the help of God, we arrived in Uganda.

As soon as we arrived in Uganda we were welcomed by UNHCR. WFP gave us food. We also received a piece of land (30x30 square meters), a tent and construction materials to build our house.

Living as a refugee is hard but you quickly adapt. The only thing you can't adapt to is the fact that you live in a context where there is no business, no opportunities to find a job and earn some money.

I miss working, I miss our fertile land, I miss my people.

I miss my young brother and my sister. I haven't seen them since the day I left.

I miss my fellow friends with whom I used to work on a small business in Juba. I heard some of them lost their lives.

My hope is that soon we will go back to our country and start a new life. I dream to become somebody, a role model for the young generations. I want to be a great photographer, it is my passion because through photos I can make our community speak and raise its voice.

If I had the chance to speak with the world leaders, the first thing I would ask them would be to provide refugee camps with more food.

We are too many and we don't have enough food to cultivate.

Then I would ask for more quality education, especially at a secondary level.

Finally, I would ask them to work hand in hand and bring peace to our beloved South Sudan.

"This is why the network is trying to empower women in camps so that they can talk, raise voices, and fight for justice."

I am Chekufa, I was born on 9th February 1989 in Buthidaung, Rakhine state, Myanmar. I am 28 years old. I was married in 2011 and now I have two daughters. The elder one is 6 years old and the younger one is almost 2 years old.

There was no safety and security in our lives in Myanmar. Therefore, I decided to move from my motherland to Bangladesh to save our lives. I started the journey from Buthidaung on 20 September 2017 and arrived at the Bangladesh border on 1 October 2017. The journey was horrible, I spent three nights in the jungle with other people who were coming as group. It was the most difficult journey of my life and one that cannot be forgotten.

After arriving at the camp in Bangladesh, my husband managed to clear some land for a shelter, like others were doing in the beginning. I could see many NGOs, the United Nations (UN), and Bangladesh Government giving food and other items to people. It is really amazing how people survive their lives in camps. I am one of them, relying on NGOs to get support. I could see many people, especially many women, lining up and waiting for support from NGOs at different distribution points.

Seeing this, as an educated Rohingya woman, I imagined that I could do something to help our women and to empower them however I could. I met with some key persons around our camp and with some other women to discuss how we could stand on our own rather than relying NGOs and the UN.

I miss my parents and my siblings in Myanmar. I miss my human rights. So here I have organized for some educated girls and women from different camps to mobilize other illiterate women. Almost all the women empathized and realized that their stories and memories were similar and that they had suffered in Myanmar.

Some women suggested to me that we should have a women's group in the camp. I received support from other women and formed a group named Rohingya Women's Empowerment and Advocacy Network with 20 central committee members. We extended our hand into different areas of the camps and now the network has a total of 400 members.

The women of this network are so strong that they can raise and amplify their voices directly to the international community. The aim of our group is to return to Myanmar as soon as possible. This is why the network is trying to empower women in camps so that they can talk, raise voices, and fight for justice.

What I want is for world leaders to know what we have suffered and to take action. I want our community and myself to have justice and a peaceful environment in our motherland, Northern Rakhine State.

"The most important thing I brought with me are my father's nationality, our donkey, and my childhood memories." 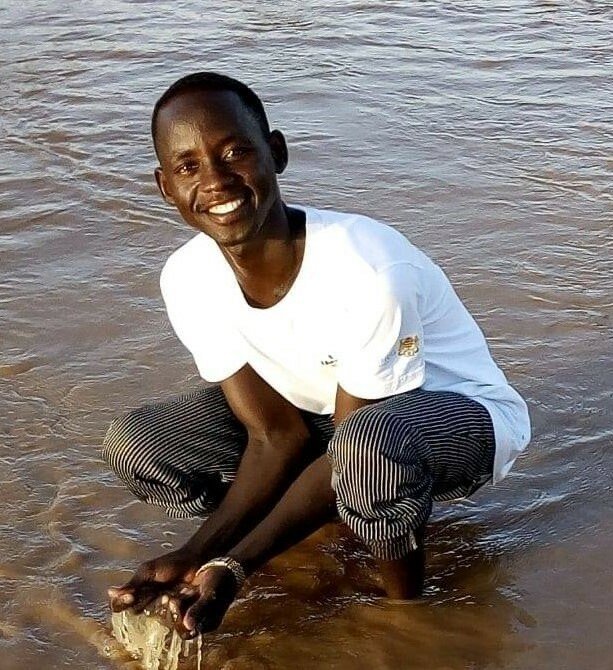 It was June 2003 and I was only 12 years old when war arrived in my village. I left my home with my family and fled to Arara, a small town 18 Km east. It was rainy season, the sky was covered with clouds and the valleys were full of water making our journey extremely difficult.

We stayed in Arara for about four months, but the war was chasing us and soon it found us again. We left Arara at the end of 2003 and crossed the border with Chad.

It was another dramatic journey, everyone was running, hiding and trying to stay alive. Unfortunately we lost many friends along the way, among them there was my beloved school teacher.

After two days without eating, we arrived at the Chadian village of Hilé Aboy. When we thought we had arrived on the safe side of the border, our enemies stormed the village and killed many of us during a night of terror. I remember my friend's little sister being injured in her chest while her father was being killed.

One year after the beginning of our escape, the UN arrived and took us to Goz-Beida. We were saved.

During my escape, I witnessed different forms of human rights violations: violence, rape, murders. I witnessed injustice. And that terrible feeling of injustice is still with me as I am living away from my country. It feels like living without a home.

I feel that my country has been stolen from me, with no humanity and no justice. They stole it and left me in hunger, fear and danger.

I have lived in the Djabal refugee camp since 2004. When I arrived here I was only 13. It was very difficult at the beginning: many lost their lives because of diseases. There was nothing to do, no education opportunities. The most important thing I brought with me are my father's nationality, our donkey, and my childhood memories.

I took my studies up again in 2004 after the war interrupted my educational journey. I finished primary school in 2007 and graduated from secondary school in 2010.

Life in Djabal is not easy. In the past few years I have experienced many difficult moments and a few positive ones. The happiest moment was when I received my high school and bachelor certificates. I love to study, when I was a child I wanted to be a doctor but now I would love to become a journalist.

My country above everything else. It is in trouble again and I would love to go back but I know I can't. I miss my homeland so much, I miss my relatives, our cattle, my teachers.

I am still young, and my dream is to continue my studies.

If I had the chance to speak with world leaders I would ask them to help all communities like mine to get more opportunities for higher education. My generation dreams of getting scholarships abroad to find job opportunities and stop being refugees.

WFP Storytellers teaches photography, video and social media to empower the people we serve with the skills and creativity to speak to the world.