In 2016, a peace agreement between the Government of Colombia and the country’s main armed opposition group, the Fuerzas Armadas Revolucionarias de Colombia (FARC, Revolutionary Armed Forces of Colombia) put an end to almost six decades of conflict. While other armed groups still operate in the country, this agreement opened up new possibilities for the World Food Programme (WFP) to tackle – in partnership with the Government, international cooperation agencies and other actors including the private sector – the outstanding challenges of inequality and malnutrition and to build the resilience of community’s long cut-off by armed activities.

The conflict left hundreds of thousands of people dead, displaced 7.5 million and was characterized by widespread human rights violations – including disappearances, sexual and gender violence, recruitment of children and land grabbing – illicit economies and environmental damage. It has deeply permeated the country’s social, economic and political fabric, and its legacy will pose serious challenges for the implementation of the peace agreements and the achievement of development goals.

By supporting the Government of Colombia in its efforts towards Sustainable Development Goal 2 with humanitarian, development, recovery and technical assistance, the World Food Programme (WFP) is contributing to the achievement of a more inclusive and peaceful society.

While Colombia is classified as an upper middle income country, it ranks second in the region – and seventh in the world – for income inequality. Extreme poverty is still present, affecting disproportionately certain regions and types of population. In particular, ethnic minorities – including indigenous and Afro-Colombian communities – in former conflict zones are paying a heavy price for years of marginalization. Coastal regions present the most severe deficiencies, with the Caribbean department of La Guajira reaching a peak of 90 percent of rural population with unsatisfied basic needs.

Ensuring that “no one is left behind” as mandated by the 2030 Sustainable Development Agenda means focusing on geographical regions and sectors of society that have been hit hardest by the conflict and lack institution coverage. Helping those lagging behind recover, rebuild and acquire resilience is at the heart of WFP’s work in Colombia.

With increased access to remote rural areas, WFP is now able to address food insecurity and malnutrition in these long-neglected communities. We support the Colombian Government in the pursuit of its national goal of ending chronic malnutrition by 2025 using innovative tools such as cash based transfers and local purchases through farmers associations. These tools also work to prevent malnutrition in all its forms, including micronutrient deficiencies and overweight.

WFP’s activities in Colombia are concentrating on the most vulnerable populations, which include victims of violence, marginalized communities and ethnic groups.  The aim is to rebuild and strengthen their livelihoods, making sure they have adequate access at all times to nutritious and diversified diets – including through support to smallholder farmers and the recovery of some traditional fruit, vegetable, and staple crop species – and increasing their capacity to recover from shocks and adapt to climate change. This is done increasingly through developing the capacity of local authorities to implement accountable programmes that contribute to reducing food insecurity and malnutrition.

What the World Food Programme is doing in Colombia

Colombia, Marketing Intervention to Empower Women and to Reduce the Risk of Intimate Partner Violence: Evaluation 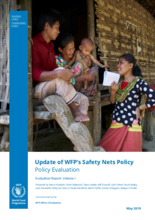 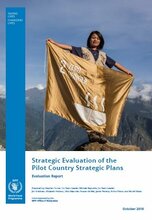 Achieving Zero Hunger is the work of many. Our work in the Democratic Republic of Colombia is made possible by the support and collaboration of our partners and donors, including:

Find out more about the state of food security in Colombia