The overall security situation in Iraq has been improving since the defeat of the Islamic State in Iraq and the Levant (ISIL) at the end of 2017, although significant challenges remain – including political and security transitions, economic instability, and social unrest due to rising unemployment, eroded public services and persistent low standards of living. The humanitarian situation is still precarious in many conflict-affected areas. With the poverty rate standing at 22.5 percent, Iraq ranks 120 of 189 countries in the 2019 Human Development Index.

Despite its economic and human potential, the country is still suffering the effects of decades of conflict. The economy is gradually recovering following the strains of the last three years. Intermittent conflict, however, continues to aggravate the poverty rate and threaten livelihoods. 1.77 million people remain susceptible to food insecurity.

The situation of internally displaced people (IDPs) and refugees remains precarious following the return process that began in 2018. There are currently 1.44 million displaced Iraqis, 4.46 million returnees and 234,831 Syrian refugees in Iraq. While those numbers seem to be decreasing, some families report secondary displacements as they are forced to return to camps because of security conditions and the lack of job and livelihood opportunities in their regions of origin.

The assistance provided by the World Food Programme (WFP) in Iraq focuses on saving lives and protecting livelihoods, supporting the Government of Iraq's social safety nets towards Zero Hunger. Through emergency assistance to IDPs and refugees, and recovery and reconstruction activities for returnees, WFP is helping the Iraqi Government reduce vulnerability and build people’s resilience and food security.

What the World Food Programme is doing in Iraq 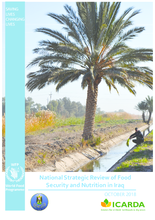 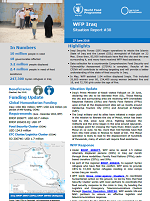 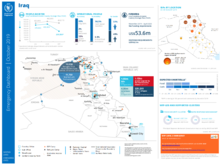 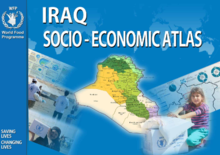 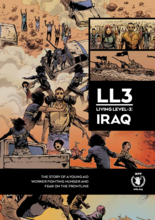 Achieving Zero Hunger is the work of many. Our work in Iraq is made possible by the support and collaboration of our partners and donors, including:

Find out more about the state of food security in Iraq