44.1%
of children under 5 are anaemic
70%
of the reported disease burden in Bhutan is caused by non-communicable-diseases
730,000
population

Guided by the concept of “gross national happiness”, the small Himalayan Kingdom of Bhutan has achieved rapid economic growth. Investments in health and education and a peaceful transition to a democratic constitutional monarchy, have resulted in a reduction in poverty from 23.2 percent to 8.2 percent in just a decade.

The Government is firmly committed to achieving the Sustainable Development Goals (SDGs) by 2030. However, the impact of climate change is expected to lead to more frequent and intense disasters that threaten to reverse Bhutan’s progress. A majority of people depend on the agricultural sector to survive, so protecting the country’s food and nutrition sector is an important step towards reaching Zero Hunger across the country.

Malnutrition has fallen in recent years. Stunting of children under 5 fell from 33.5 percent in 2010 to 21 percent in 2015, but anaemia remains a severe public health issue. According to the World Health Organization (WHO) 44 percent of children under 5 and one in three adolescent girls are anaemic.  Unbalanced diets and rapid lifestyle changes are new challenges to reaching the SDG2 target of Zero Hunger. Non-communicable diseases account for 70 percent of the reported disease burden across all age groups.

Bhutan is located in one of the most seismically active zones in the world. The country is  prone to earthquakes, floods, glacial lake outburst floods, landslides and forest fires, and is located in a region where the level of risk from climate variability and climate change varies from “extreme” to a “very high.”

Although agriculture is one of the economic mainstays of Bhutan, less than 3 percent of its land is arable. The mountainous terrain, limited commercial farming and marketing, and post-harvest management constraints mean that Bhutan imports about half its food from neighbouring countries.

The World Food Programme (WFP) has been working with the Royal Government of Bhutan for more than 40 years. This partnership has focused on providing school meals to thousands of children across the country in order to boost school attendance and reduce levels of malnutrition. In January 2019, WFP handed over its school meals programme to the Government, which will continue to provide nutritious meals to children each day.

What the World Food Programme is doing in Bhutan

Nutrition
WFP supports the national health system in the prevention and management of malnutrition. Projects aim to boost the availability, accessibility and consumption of fortified foods; support the scaling-up of the national school nutrition programme; and improve the health and diet of Bhutan’s children through school menu design, nutrition curriculum development, behaviour change communication campaigns and supply chains. WFP also works with the Ministry of Agriculture and Forests to increase production of nutritious crops, and to link farmers and their produce directly to schools. 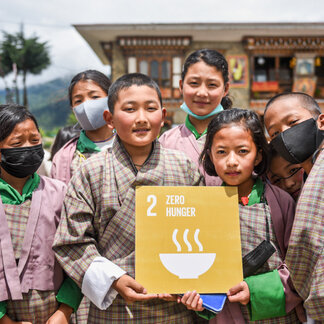 Livelihoods and climate resilient food systems
WFP is supporting the Government as it strengthens livelihoods and climate resilient food systems. WFP’s assistance is implemented across the agriculture value chain, boosting demand for local food, building production capacity, and refining post-harvest management, marketing, knowledge management & cost efficiency and coordination & policy. A near real-time integrated national agriculture statistical, monitoring & reporting system is under development with the Government to improve agricultural statistics, market related data, and data on rural livelihoods including farmer income and job creation. The focus is on transforming resources into tangible development results through past lessons, sharpened focus and consolidation. 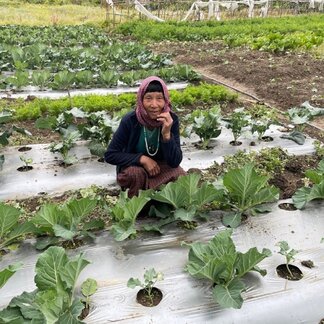 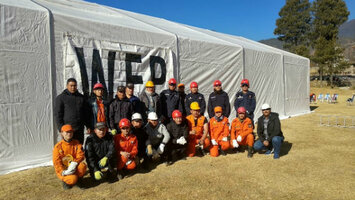 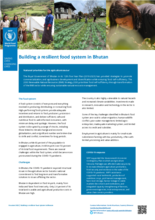 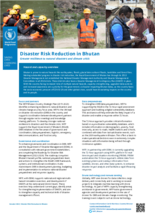 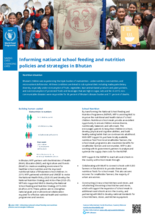 2022 - KOICA support to Bhutan for a Healthier Tomorrow 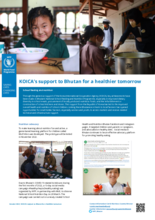 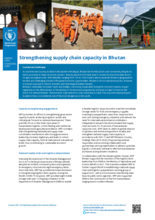 WFP, my work and me…Udaya Sharma

‘A brighter future for Bhutan’s children’

Achieving Zero Hunger is the work of many. Our work in Bhutan is made possible by the support and collaboration of our partners and donors, including:
Australia Canada Private Sector

Find out more about the state of food security in Bhutan