A decade of rapid economic growth, the inclusion of food and nutrition security in the government’s ‘big four’ priorities, constitutional changes that devolve administrative responsibilities to county governments and the country’s openness to innovation offer opportunities for the achievement of Sustainable Development Goal 2 on Zero Hunger and improved nutrition in Kenya. However, even though the country has recently acquired lower-middle-income status, the increased wealth has not benefited all Kenyans equally. Over one third of the population still lives under the international poverty line and social, economic and gender disparities remain.

Access to adequate quantities of nutritious food remains a challenge for many, especially in arid and semi-arid regions which make up 80 percent of the country’s land area.  Factors include rapid population growth – at a rate of 2.9 percent a year – climate change, stagnating agricultural production and inefficient food systems. Food insecure families typically live in rural areas, are poor and depend on daily agricultural labour for income. Families headed by women are more likely to be food insecure than those headed by men.

Malnutrition remains unacceptably high, with 29 percent of children in rural areas and 20 percent of those living in cities stunted. Significant vitamin and mineral deficiencies are a severe public health problem and some 1.5 million people living with HIV have their nutrition status undermined by their condition.

Agriculture remains the main economic driver but is very vulnerable to climate shocks. Unpredictable rainfall and recurring droughts contribute to the disruption of crops – 95 percent of which are rain-fed – and the erosion of soils. Inefficiencies in food systems –  the networks that are needed to produce and transform food, and ensure it reaches consumers – lead to high prices and insufficient market supplies, limiting the availability of, and access to, food.

Kenya hosts 500,000 refugees, mainly in camps in remote, food-insecure counties. Unable to work or move freely, refugees are highly dependent on international assistance. Opportunities for fostering self-reliance are being promoted and may be expanded to larger refugee populations.

The World Food Programme (WFP) is accelerating its shift from the direct provision of food assistance and services in Kenya to the strengthening of national systems and capacities to deliver food and nutrition security.

What the World Food Programme is doing in Kenya

WFP provides refugees living in Kenyan camps with unconditional food and nutrition assistance through cash and food transfers, while investing in solutions that increase refugees’ self-reliance including supporting livelihoods diversification. WFP will only undertake relief assistance in the country in exceptional circumstances in the event of a shock that exceeds national capacities. 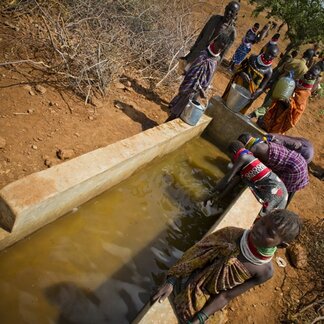 WFP supports national and county government authorities in ensuring that their respective safety nets and nutrition action plans are inclusive, integrated and effective at reducing poverty and hunger and that the emergency preparedness, response and recovery mechanisms can meet the humanitarian needs of crisis-affected populations. 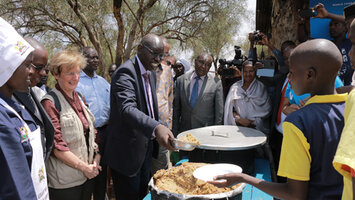 WFP works to ensure that government, humanitarian and development partners can benefit from effective and cost-efficient logistics services – including air transport, common coordination platforms and improved commodities supply chains – to improve the delivery of relief to refugees and the quality of health services provided by the Government. 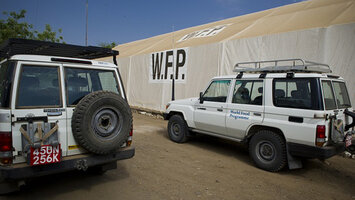 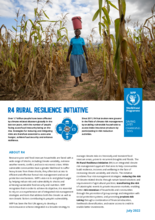 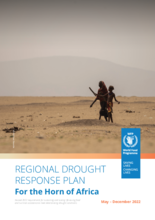 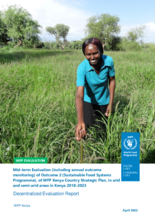 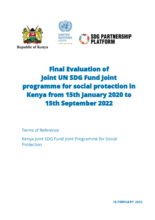 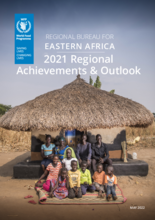 For questions or feedback on WFP’s assistance:

Find out more about the state of food security in Kenya