19.1 million
population
30.4%
of children under 5 are stunted
4.3 million
people required humanitarian assistance in 2020

Mali is a vast, land-locked country in the heart of the Sahel region. With social indicators among the lowest in the world, the country ranks 184 out of 189 on UNDP’s 2019 Human Development Index and faces serious challenges in the achievement of Sustainable Development Goal 2 on Zero Hunger and improved nutrition.

The cumulative effects of frequent drought, armed violence and widespread insecurity have contributed to a progressive deterioration of livelihoods in the country. Poverty is on the rise, affecting 78.1 percent of people, and food insecurity levels are twice as high in families headed by women– a reflection of widespread gender inequalities.

Agriculture – mainly in the form of subsistence production – represents 80 percent of employment. However, land degradation, lack of fertilizers, post-harvest losses due to poor storage and processing capacity, and limited access to markets contribute to smallholder farmers suffering from higher-than-average poverty rates.

Malnutrition in its various forms exacts a high human and economic. Stunting affects 30.4 percent of children under 5. One in eight primary school-aged children do not attend school; of those enrolled in schools, only one-third are girls. The Cost of Hunger study carried out in 2018 estimated the annual loss in economic productivity due to malnutrition at US$ 145 million, equivalent to a reduction of 4.06 percent in the country’s Gross Domestic Product.

Over two years, the number of internally displaced persons in Mali has quadrupled - from 50,000 in March 2018 to nearly 240,000 in March 2020 - due to violence and conflict. While the majority of the displaced rely on farming for their survival, satellite imagery analysis conducted by WFP in November 2019 revealed a decrease in agricultural activities in several areas affected by insecurity. As a result of conflict and instability, more than 4.3 million people required humanitarian assistance in 2020.

Every year since the 2012 crisis, 3.6 million people (18 percent of the population) on average, experience food insecurity, including 600,000 people severely affected. Food insecurity varies from one region to another with the north and central regions (Gao, Mopti, Timbuktu) particularly affected.

The World Food Programme (WFP) in Mali maintains the capacity to respond to emergency needs while it increases its focus on developing government capacity to prepare for and respond to emergencies and fostering enhanced resilience. In accordance with WFP’s Global COVID-19 Response Plan and the Government’s national plan to respond to the socio-economic consequences of the pandemic, WFP is continuing to ensure provision of life-saving food, nutrition and livelihoods assistance, supporting the humanitarian and health responses at the national level, and helping the Government to strengthen national capacity to monitor and analyse vulnerability and risk.

WFP has adjusted all distributions and operational procedures to ensure strict alignment with the Government's COVID-19 preventive measures, prioritising the health and safety of staff, partners and the people the organisation serves.

WFP operations in Mali help people affected by the crisis in the Sahel.

What the World Food Programme is doing in Mali

WFP reaches shock and crisis-affected populations with food or cash emergency assistance to save lives and protect livelihoods. WFP responds to large-scale crises, mainly linked to climate and conflict, but also to seasonal shocks. In 2019, WFP carried out emergency food assistance to more than 700,000 people including refugees and internally displaced persons. 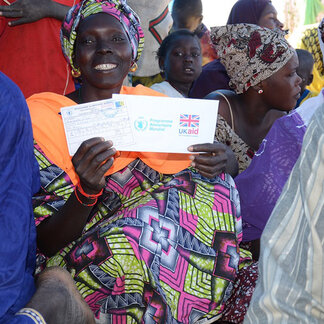 WFP provides supplementary feeding and other nutrition support to several vulnerable groups, including underweight children suffering from chronic and moderate-to-acute malnutrition, and children under 5 who are acutely malnourished. WFP also provides nutrition assistance to pregnant women and breastfeeding mothers, as well as supporting nutrition awareness activities at the community level. 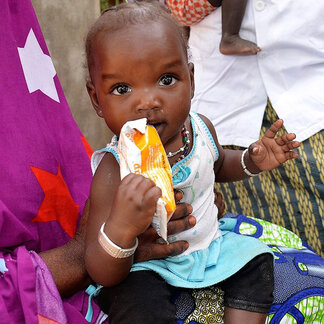 In a country where humanitarian and development agendas increasingly intersect, WFP is scaling up complement long-term programmes that reduces the need for a humanitarian response. This integrated approach to resilience includes the creation of assets (roads, dams and water ponds) alongside school feeding and nutrition activities in the same communities over a defined period of time. 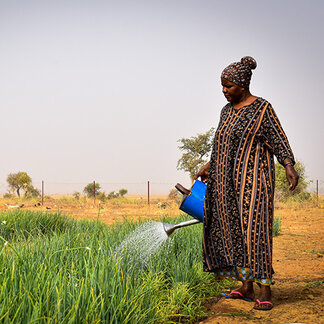 WFP provides a package of capacity-strengthening support to national institutions and entities in analysis, planning, coordination, policy coherence, implementation and monitoring. The development of capacities in these areas is key to sustaining improvements in well-being achieved through other activities. 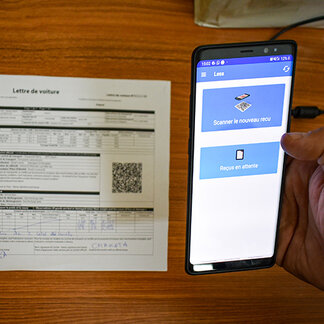 Due to long distances, poor road conditions and security constraints in central and northern Mali, the WFP- managed United Nations Humanitarian Air Service (UNHAS) plays a key role in facilitating access to vulnerable populations by the humanitarian community. air transport plays a key role. In 2019, 10 destinations were served and a total of 12,500 passengers and 27,000 kg of freight transported. 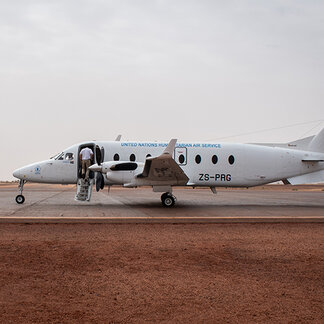 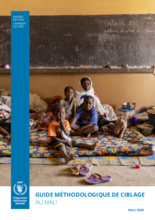 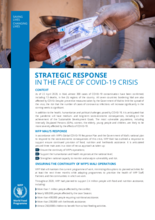 WFP Mali - The Development of a Minimum Expenditure Basket 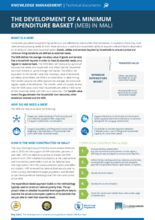 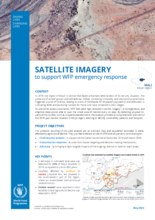 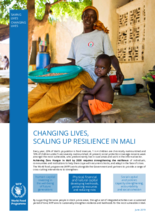 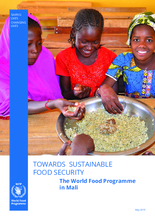 Five things to know about spiralling insecurity in the Sahel

Achieving Zero Hunger is the work of many. Our work in Mali is made possible by the support and collaboration of our partners and donors, including:

Find out more about the state of food security in Mali