The Pacific is one of the most vulnerable regions to natural hazards in the world – and climate-related disasters are increasing the threat. Of the 20 states with the highest average disaster losses scaled by GDP, eight are Pacific Island Countries. Average direct losses due to natural disasters in the South Pacific are estimated at US$284 million per year. In the medium to longer term, climate-related disasters are expected to increase in number and scale, especially in relation to El Niño/La Niña cycles.

Pacific Island Countries have enjoyed progress in recent decades, with an increase in life expectancy and a decline in infant mortality rates. However, economic growth has been well below the global average. Coupled with their small land size, remoteness, and fragile ecosystems, this creates significant challenges in managing risks related to natural disasters.

WFP’s Pacific office in Suva, Fiji, coordinates activities under its Asia-Pacific Emergency Preparedness and Response Strategy, which currently focuses on five countries for national engagement: Fiji, Samoa, Vanuatu, Tonga and the Solomon Islands. WFP’s four-year programme of activities aims to  strengthen the capacities and capabilities of Pacific Island Countries’ National Disaster Management Offices to prepare for and respond to disasters, in line with the organization’s global mandate and its obligations as cluster lead agency in the areas of Food Security, Logistics and Emergency Telecommunications.  Support is also in the process of being extended to the Northern Pacific Island States, with plans to carry out Logistics and Emergency Telecommunications needs assessments in the Marshall Islands and Federated States of Micronesia.

What the World Food Programme is doing in the Pacific

WFP Pacific is engaged in several elements of emergency preparedness and response, which allows us and our partners to be effective, efficient and timely when crises erupt. This includes Inter-Agency support and coordination, coordination in emergencies through the Logistics, Food Security and Emergency Telecommunication Clusters, operational information management and Lessons Learned knowledge management. 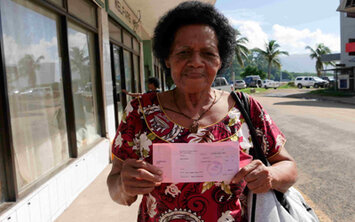 This includes regional engagement in the planning of emergency facilities and in gap analysis; and updating of national-level Logistics Capacity Assessments (LCAs). It also encompasses the Pacific Emergency and Response Logistics (PEARL) project - an initiative aimed at standardising humanitarian logistics training through the delivery of a regionally accredited higher education programme. 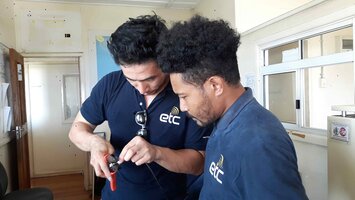 WFP conducts extensive regional food security vulnerability analysis and mapping, which helps to determine what kind of assistance is most appropriate in each context. Activities also include rapid assessment training workshops, the compilation of food security data sets and food security profiling for each Pacific Island Country – with the end goal of building disaster resilience. 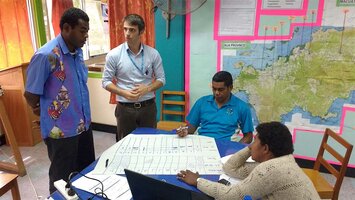 Upon government request, WFP Pacific works to develop the capacity and knowledge of national authorities, staff and stakeholders at country-level to coordinate, design and lead preparedness, response, and resilience actions in its cluster lead areas of Logistics, Food security and Emergency Telecommunications.

Achieving Zero Hunger is the work of many. Our work in the Pacific is made possible by the support and collaboration of our partners and donors, including:

Operations in The Pacific