The civil war that has been tearing South Sudan apart since December 2013 is causing widespread destruction, death and displacement. 1.47 million people are internally displaced and another 2.2 million are refugees in neighbouring countries. A collapsing economy, reduced crop production and dependence on imports seriously undermine people’s ability to secure sufficient nutritious food all year round, putting millions of lives at risk.

In 2017, famine was declared in two counties. Further deterioration of the situation was prevented through early detection as well as prompt and sustained international assistance. However, hunger and malnutrition levels are at historic high levels. As of January 2020, 7.5 million people in need of humanitarian assistance.

Women and girls suffer disproportionately from hunger and food insecurity. Cultural norms and decades of violence – including rape as a weapon of war – underpin deep gender inequalities. Men control most productive assets and positions of power. With 80 percent of the country’s women illiterate, domestic violence and early marriage are commonplace.

Food assistance is essential to avoid a humanitarian catastrophe in the country. The World Food Programme (WFP), has been providing life-saving support to millions of people on all sides of the conflict and in virtually all areas of the country that are accessible since independence in 2011 (and as part of Sudan since 1963).  With a view to turning food assistance into a tool for peace building and future development, WFP is engaging grassroots civil society organizations and empowering communities – with a special focus on women and girls – to foster increasing resilience and self-reliance. WFP partners in South Sudan include UN and other international agencies, as well as local NGOs as part of localization efforts under the Grand Bargain.

What the World Food Programme is doing in South Sudan

WFP works to ensure that vulnerable people affected by conflict, displacement, weather-related or economic shocks, or serious illness can meet their food and nutrition needs. This includes conditional or unconditional food distributions, the provision of hot meals or take-home rations for school children and food transfers for patients suffering from kala-azar (visceral leishmaniasis), tuberculosis, people living with HIV, and their caregivers. WFP provides specialized nutritious food and nutrition counselling to pregnant and breastfeeding women, children between 6 and 11 months of age as well as kala-azar and tuberculosis patients and people living with HIV. 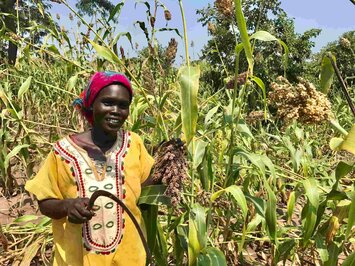 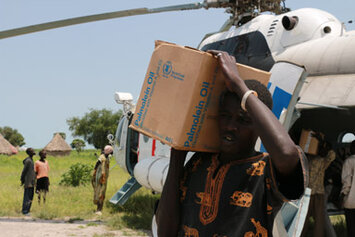 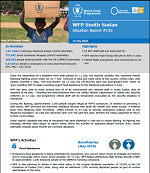 Beyond COVID-19: Lessons for social protection from WFP's work in East Africa in 2020_ 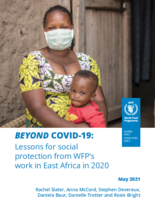 Face to face with conflict and climate change in South Sudan

The grain that binds

Against all the odds: Getting through to people in need in South Sudan

Behind the scenes: humanitarian airdrops in South Sudan

Achieving Zero Hunger is the work of many. Our work in South Sudan is made possible by the support and collaboration of our partners and donors, including: