9.6%
of households are food insecure
32%
of children under 5 suffer from chronic malnutrition
11.2 million
population

The Republic of Benin is a low-income, food–deficit country with an estimated population of 11.2 million, who are predominantly rural. A politically stable democracy since 1990, with a socio-political environment that is friendly and conducive to business, the country nevertheless ranked 163 of 189 countries on the 2018 Human Development Index and still faces development challenges, including food insecurity, malnutrition and gender inequalities.

More than 70 percent of the population depends on employment in the agricultural sector, which accounts for 25 percent of the GDP. However, productivity is low, farmlands are small, and since the 2008 crisis, food prices have maintained an upward trend which affects people’s ability to buy food. In order to cope, families are often forced to sell crops at low prices and reduce the quantity and quality of food they consume, which further exacerbates food insecurity and malnutrition.

Food insecurity in Benin remains serious: a comprehensive food security and vulnerability analysis carried out in 2017 showed that 9.6 percent of the population was food insecure while chronic malnutrition, which prevents body growth and cognitive development with irreversible consequences after the age of 2, affects 32 percent of young children.

The education system in Benin faces persistent challenges and only 38 percent of the people are literate. Only 27 percent of these are women, whose access to education, economic opportunities and empowerment is impaired by structural and socio-cultural discrimination. The current government has made school enrolment one of its top priorities and considers school meals to be essential to improve access to primary education and increase the school retention rate, particularly among girls.

Reflecting this commitment, the government invested US$ 87 million of national resources in the national integrated school meals programme (Programme National d’Alimentation Scolaire Intégrée, or PNASI) and entrusted the World Food Programme (WFP) with its implementation in 3,179 public primary schools at the start of the 2018-2019 school year. The schools, that represent 51% of the national coverage, have been selected across the country in communities where poverty and chronic malnutrition rates are high and school enrolment is below the national average.

The implementation of the national integrated school feeding programme and the development of a national school feeding strategy are at the core of WFP’s activities in Benin, which are aligned to the government National Action Programme (‘Bénin Révélé’) and the National Development Plan of Benin (2018-2025).

What the World Food Programme is doing in Benin

During the 2019/2020 school year, WFP will provide around 630,000 children from 3,775 public primary schools in targeted communities across the country with a nutritious meal every school day. This will help meet the children’s basic food and nutrition needs and improve school enrolment and retention rates, especially among girls. WFP takes an integrated approach to school feeding by linking education, nutrition, health and hygiene activities and by focusing on the mobilisation of local communities and the promotion of local production. 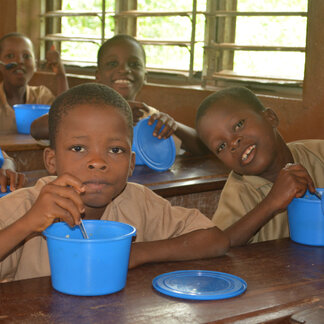 WFP aims to provide specialized nutritious food or supplements to children and pregnant and breastfeeding women and girls in targeted areas to treat malnutrition and prevent the risk of stunting. WFP also aims to support the Benin health services by strengthening their capacities in nutrition, education and gender-transformative social behavior change communication.

WFP will elaborate a national school feeding model and strengthen the capacities of local and national institutions to facilitate a transition to national ownership of a sustainable school meals programme. WFP will also contribute to the management of food security monitoring and early warning emergency preparedness systems. 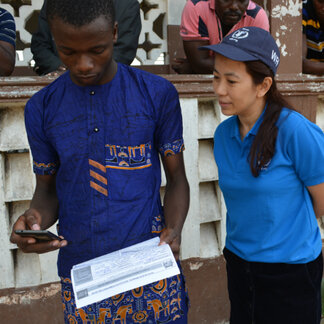 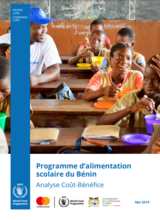 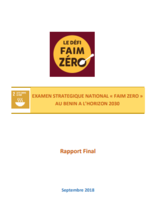 Find out more about the state of food security in Benin