39 million
population
19.7%
of people live below the poverty line
29%
of children under 5 are stunted

A land-locked country in East Africa, Uganda produces more food than it consumes. Yet, poverty still limits people’s access to nutritious food, especially in the north and east of the country.

A fast-growing population – expected to reach 100 million by 2050 – and the presence of the world’s third largest refugee population pose further challenges to the country’s ability to achieve Sustainable Development Goal 2 on Zero Hunger.

Uganda hosts more refugees than any other country in Africa, including people who have fled from South Sudan, the Democratic Republic of Congo and Burundi. The Government gives refugees plots of land to cultivate, to encourage their self-sufficiency. However, as the number of refugees – especially from South Sudan – grows, these plots become gradually smaller.

Much like refugees, Ugandan smallholder farmers lack farming skills, handling techniques and access to services such as credit and insurance. Storage facilities are often inadequate to protect harvested crops from pests, moisture and mould, which results in losses of up to 30 percent. In the northern and eastern regions, and particularly in Karamoja, rain scarcity can exacerbate food insecurity, forcing families to sell off their assets, take their children out of school or resort to environmentally harming practices to secure food.

While the poverty rate declined from 31 percent in 2005/2006 to 19.7 percent in 2012/2013, impetuous population growth has meant that the absolute number of poor people has not decreased.

On average, nearly half of all Ugandans consume less calories than they need every day. One in three school children have no food to eat during the school day.

Inadequate diets are a root cause of persisting nutritional problems which undermine the health, growth and development of Ugandan children. Stunting affects more than one quarter – 29 percent – of children under 5, with rates climbing up to 40 percent in the Tooro region. Anaemia rates stand at 52.8 percent at the national level, with much higher peaks – up to 70 per cent – in the Acholi region.

The World Food Programme (WFP) in Uganda maintains an agile emergency response capacity, while supporting the Government to host the growing number of refugees, address the underlying causes of food insecurity and malnutrition, and strengthen the national social protection system.

What the World Food Programme is doing in Uganda

WFP provides cash/food assistance to meet the food and nutrition needs of over one million refugees as well as Ugandans affected by recurring climate shocks. Upon arrival, refuges receive high-energy biscuits at the border and hot meals in transit centres. They are then registered to receive cash or food as they settle down and are allocated with land. WFP works with partners to promote early transition from food assistance to self-reliance. In response to allegations of fraud and corruption in Uganda’s refugee response made early in 2018, WFP introduced biometric verification of all refugees receiving its food or cash. This should ensure that the right people receive the assistance they need. 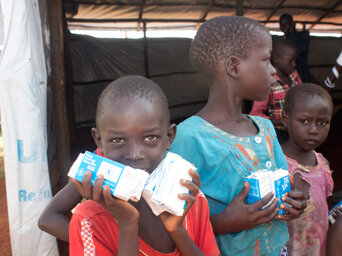 WFP provides food insecure people with income support and skills training in exchange for the building of assets – such as woodlots, farms, orchards, irrigation systems, water pond and dams – that enhance their livelihoods and reduce vulnerability to climate shocks. 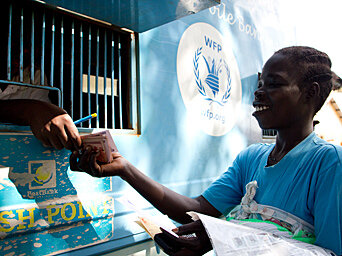 School children in areas where food security, nutrition and education indicators are low receive one nutritious meal per day from WFP or the Government. WFP also works with the ministries of education, agriculture and finance to establish a national school feeding policy and a sustainable school meals programme which includes the purchase of ingredients from local smallholder farmers. 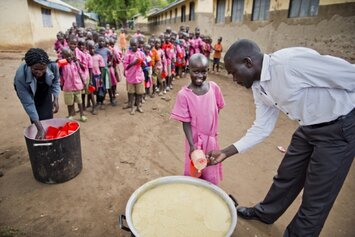 To reduce malnutrition rates in the areas where they remain high, WFP is providing vulnerable populations with specialized nutritious food, nutrition-sensitive cash transfers, nutrition counselling and communication aimed at promoting the consumption of more nutritious food.

Working with the Ministry of Agriculture and other UN agencies, WFP trains smallholder farmers (including refugees and members of host communities) on ways to increase productivity, diversify crops to enhance nutrition, control quality and access markets. WFP also builds warehouses for smallholder farmer groups and subsidizes equipment as part of a wider programme for reducing post-harvest food losses. 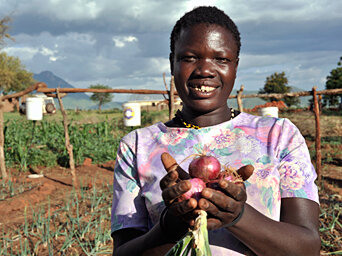 WFP works to increase the capacity of national and subnational institutions to coordinate and manage food security and nutrition programmes and respond to shocks, including through the development of a unified platform to register beneficiaries of government and development partners programmes. 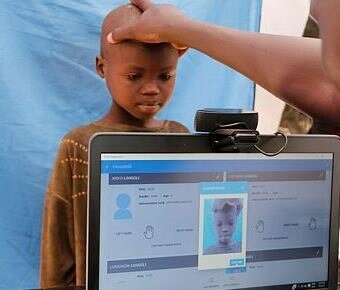 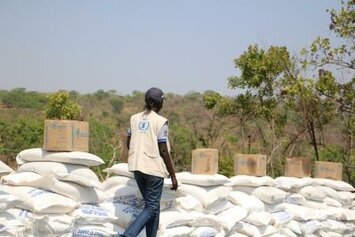 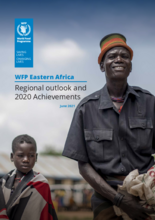 Beyond COVID-19: Lessons for social protection from WFP's work in East Africa in 2020_

WFP SUPPORT TO THE GOVERNMENT OF UGANDA: COVID-19 RESPONSE 2021 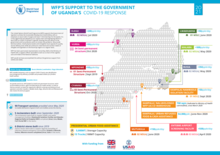 Situation Analysis of Food, Nutrition and Income Insecurity in Karamoja - 2020 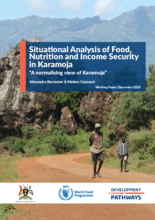 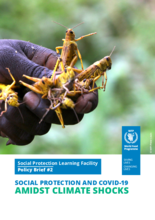 At hunger's ground zero in Uganda, an aid worker counts her sacrifices, and blessings

On the front lines in Karamoja

Always ready to go to the field

‘This child was abandoned on Christmas Day’

Achieving Zero Hunger is the work of many. Our work in Uganda is made possible by the support and collaboration of our partners and donors, including:

Find out more about the state of food security in Uganda