53.7%
of children under 5 suffer from anaemia
57.7%
of women of reproductive age are overweight or obese
11 million
population

Over the past decade, Bolivia has experienced significant economic and social progress, with a drastic reduction in extreme poverty, improvements in nutrition and a decline in inequality. Despite advances, however, Bolivia remains among the poorest countries in South America and continues to face serious challenges on the road to achieving the Sustainable Development Goals (SDG), including SDG 2 on the eradication of hunger and malnutrition.

With the right to food enshrined in the Constitution, the government of Bolivia is committed to ending extreme poverty by 2025 and the World Food Programme (WFP) is working closely with national and local institutions and other partners to support this.

While extreme poverty more than halved between 2005 and 2015, falling from 38 to 17 percent, almost one third of Bolivians living in rural areas cannot afford the cost of a basic food basket. Four out of ten women still live in poverty, and gender-based violence indicators are worryingly high.

Malnutrition remains a major public health concern. While the stunting rate for children under 5 has dropped from 33 to 16 percent in ten years, in rural areas it remains as high as 23.7 percent. Inadequate diets and low consumption of nutritious local products due to changing eating habits are at the root of overlapping nutritional problems, including alarming levels of anaemia – which affects 53.7 percent of children under 5 and 29.9 percent of women of reproductive age – and rising overweight and obesity.

Bolivia is considered the most vulnerable country to the effects of climate change in South America. The Government declared a national emergency due to drought (affecting 177,000 families) in 2016 and in 2018 due to floods. Analysts predict that vulnerability to food insecurity will increase by 22 percent by the 2050s unless measures are taken to adapt to a changing climate. Recurring droughts, floods, frosts and hail aggravate the situation of the agricultural sector, threatening the food security of the most vulnerable.

WFP has been in Bolivia since 1963, reaching those most in need across the country. With the improvement of socio-economic conditions and Bolivia reaching middle-income country status, WFP’s role is evolving from directly providing assistance to supporting the Government’s efforts to address food insecurity and malnutrition through technical assistance, advocacy and communications.

To contribute to the eradication of gender disparities, all components of WFP’s work in Bolivia have a strong focus on the empowerment of women and girls.

Resilience building
Resilience building – In the context of recurring natural disasters, WFP provides crisis-affected people with conditional cash assistance to access to food as they engage in activities that will help them withstand and respond to shocks better in the future. These include the creation or enhancement of infrastructure – including canals, bridges, wells, dykes and roads – as well as the rehabilitation of agricultural land and forests. 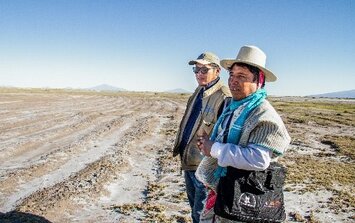 Nutrition
With the goal to improve the nutritional status of vulnerable people by 2022, WFP is supporting government-led campaigns to raise awareness on nutritional issues and promote healthy diets. 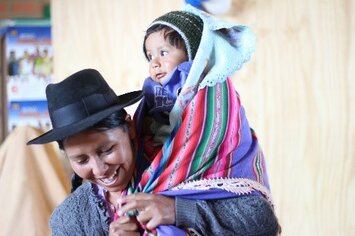 Support for smallholder farmers
WFP provides food insecure smallholder farmers with cash assistance to meet their food and nutritional needs as they engage in the building or rehabilitation of assets and receive training to diversify livelihoods and increase productivity. WFP works to link local smallholder farmers to the procurement system of decentralized social safety programmes, such as school meals. 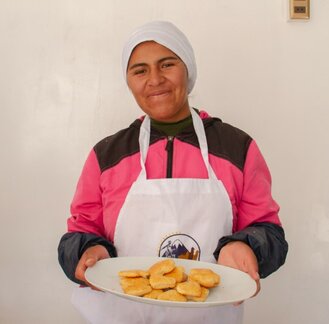 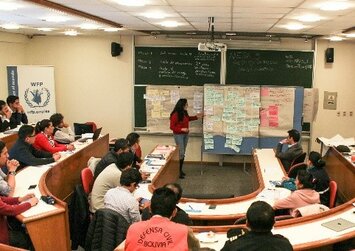 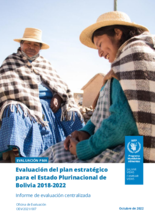 Building Climate Resilience in Latin America and the Caribbean 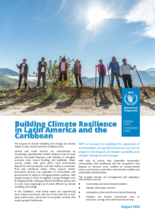 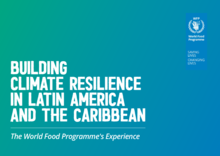 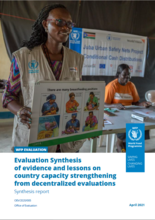 Operations in Bolivia (Plurinational State of)