The nation of São Tomé and Príncipe covers two islands and several – mostly uninhabited – islets in the Gulf of Guinea. With over 70 percent of its 197,700 people aged between 15 and 64, the nation is predominantly young. Due to its small size, location and irregular landscape, São Tomé is prone to natural hazards and climate change which negatively affect agriculture, make transport difficult and destroy infrastructure.

Out of 189 countries, it ranked 137th in the UNDP Human Development Report 2019, placing it in the medium human development category. However, over 65 percent of the population lives below the national poverty line of US$ 3.20 and 33 percent lives on less than US$ 1.90 a day. Eradicating extreme poverty and hunger therefore remains one of the country's biggest challenges.

In the 2019 Gender Inequality Index, São Tomé ranked 136 out of 162 countries- an indication of the significant challenges it’s facing in creating fair opportunities for most women. Access to education and employment among teenage girls is still hampered by high rates of early marriage and pregnancy. Child mortality rates are high with a third of every 1,000 children born dying before turning 5. Limited employment opportunities in urban centres fuel poverty, especially among women and young people – with unemployment at 42 percent.

Unpredictable food availability caused by climate conditions, limited infrastructure and market access forces the country to rely heavily on imported food which in turn exposes the most vulnerable families to price fluctuations - adversely affecting their livelihoods.

The World Food Programme (WFP) has been working in São Tomé and Príncipe since 1976, supporting the Government to implement the nation's school feeding and nutritional health programmes; strengthening capacities for the transformation, storage and conservation of locally produced food; and promoting the involvement of women and young people in economic and social activities. 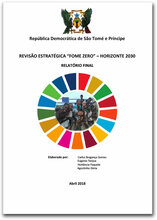 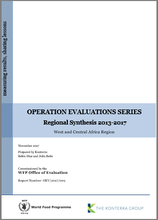 Achieving Zero Hunger is the work of many. Our work in Sao Tome and Principe is made possible by the support and collaboration of our partners and donors, including:

Operations in Sao Tome and Principe