An upper-middle-income country and the second largest economy in the Middle East and North Africa, Iran has been generously hosting one million refugees – the sixth largest refugee population in the world – for over 30 years. The vast majority of these, mainly from Afghanistan and Iraq, live in urban areas, with only three percent living in 20 settlements spread across the country.

Limited job opportunities, no access to farming land and a prohibition to keep livestock mean that refugees living in settlements are not able to meet their food needs. Poorly diversified diets and detrimental practices – such as skipping meals or consuming cheap, unhealthy foods or too much sugar –   often lead to chronic health issues such as high blood pressure and diabetes.

The World Food Programme (WFP) has been assisting refugees in Iran with food since 1987. However, the organization is now replacing most of its food assistance with cash. While families continue to receive a small amount of wheat flour, the bulk of the assistance is handed out in cash, which can be spent in shops and markets inside the settlements. This diversifies the dietary intake of refugees, who are now able to buy food of their own choice; benefits the community as a whole by encouraging purchases in local shops; and increases the efficiency of assistance.

In another shift from its traditional modus operandi in the country, WFP is also supporting activities that will enhance the livelihoods of refugees and equip them with better skills to rebuild their lives once they go back to their countries. These activities specifically target women, whose economic participation is generally very limited due to restrictive socio-cultural norms, and aim to promote their self-reliance and self-confidence. As refugee girls tend to be overlooked for education and are often married off early, WFP is also providing families with cash incentives to send their daughters to school regularly.

Iran is an earthquake-prone country – and saw WFP’s first emergency operation at the time of the devastating quake that hit Boein Zahra in 1962. For this reason, all WFP activities in the country incorporate an emergency preparedness capacity. WFP stands ready to support the Iranian authorities and people in case of sudden-onset disasters.

Iran is one of the countries hardest hit by the coronavirus (COVID-19) pandemic and WFP Iran is supporting national response efforts as well as continuing to assist refugees living in settlements across the country.

WFP in Iran also actively promotes a debate about hunger and Sustainable Development Goal 2, engaging with the public through opinion makers and celebrities who lend their voices to the cause of Zero Hunger.

What the World Food Programme is doing in Iran

WFP provides refugees living in 20 settlements across Iran with hybrid assistance, consisting of an in-kind transfer of 9 kg of wheat flour and US$ 10 in cash to be spent on food of their own choice. This supports 80 percent of the food needs of food insecure families, rising to 100 percent for women-headed households with no source of income. The families of 3,300 refugee girls of school age receive additional US$ 5 cash transfers as an incentive for full attendance. 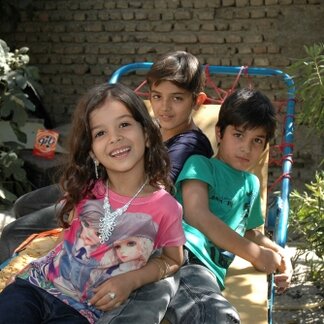 WFP provides refugees – and especially women – with skills trainings to improve their employment and livelihood opportunities both in Iran and in their countries of origin. WFP will engage 300 women in livelihood activities including the production of handicrafts, which will be marketed through WFP’s network. Each of the participating women will receive US$ 350 to purchase equipment and material to start her own business. 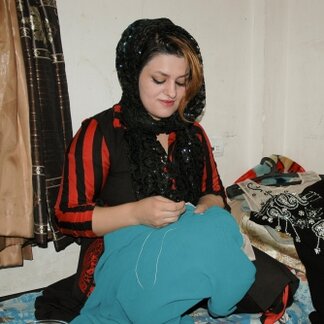 Thanks to a US$ 7 million donation from the Government of Japan, WFP was be able to purchase a three-month supply of Personal Protection Equipment (PPE) for more than 5,000 staff and volunteers from the Iranian Red Crescent Society and to support 31,000 Afghan and Iraqi refugees. WFP provides food assistance and hygiene items including hand sanitizers and liquid soaps to refugees and conducted personal hygiene training for school children and their families in refugee settlements. 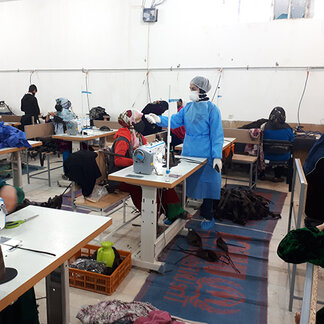 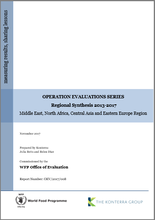 Achieving Zero Hunger is the work of many. Our work in Iran is made possible by the support and collaboration of our partners and donors, including:
Germany China Republic of Korea UNHCR Iranian Red Crescent Society (IRCS)

Operations in Iran (Islamic Republic of)