22.9 million
people are unable to meet their dietary requirements
30.8 percent
of children under 5 are stunted
Over 270 million
population

Indonesia is a lower middle-income country and the largest economy in Southeast Asia. Rapid economic growth over the past ten years, coupled with significant government investments in social development, transformed the lives of millions of people and allowed the country to halve the number of undernourished people by 2015.

Although the country continues to make considerable progress towards Zero Hunger, it still faces challenges in terms of limited food access, malnutrition, gender inequality, climate change and vulnerability to natural hazards. The COVID-19 pandemic has further exacerbated these challenges, and reversed years of progress in reducing poverty and food insecurity. The national poverty rate increased to double digits in 2020, reaching 10 percent and setting back three years of improvement. Similarly, the prevalence of undernourishment, which had decreased significantly to 7 percent in 2019, reached 8 percent after the pandemic hit the country.

The triple burden of malnutrition is a growing concern. High stunting and wasting rates coexist with increasing rates of overweight and obesity and assumed high rates of micronutrient deficiencies. Almost 31 percent of children under five  suffer from stunted growth due to malnutrition, with a higher prevalence among families reliant on subsistence farming or who live  in slums. Almost one quarter of the population is anaemic. At the same time, an increasing number of people over the age of 15 are overweight or obese, rising from 19 percent in 2007 to 35 percent in 2018. Lack of affordability of diverse and nutritious diets is a main factor leading to the triple burden of malnutrition in Indonesia.

The Government of Indonesia is fully committed to achieving the SDGs and its own targets under the National Medium-Term Development Plan (RPJMN) 2020-2024. It aims to decrease the proportion of households experiencing moderate to severe food insecurity from five percent in 2020 to four percent in 2024, and the prevalence of undernourishment from eight  percent in 2020 to five  percent in 2024. Furthermore, the Government aims to reduce stunting among children under-five to 14% by the same year. To achieve these goals, the government is working in close collaboration with partners, including the World Food Programme.

What the World Food Programme is doing in Indonesia

Food security
WFP supports the government in improving its food security early warning and monitoring systems, enabling policymakers to base their decisions on up-to-date evidence and enhanced analysis. 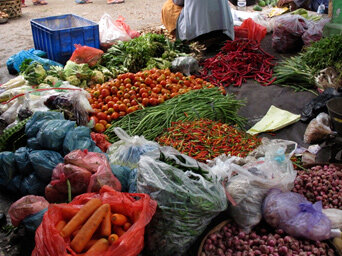 Emergency Preparedness and Response
WFP works with the government on strengthening multi-stakeholder partnerships, coordination and capacities for enhanced response to natural disasters and climate change. 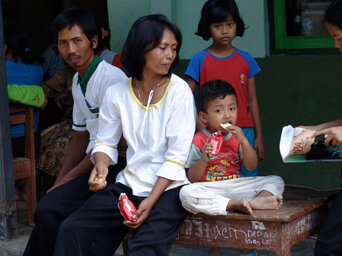 Nutrition
WFP advocates for and promotes healthy and affordable diets throughout the life cycle to prevent all forms of malnutrition. 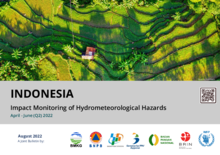 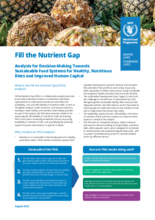 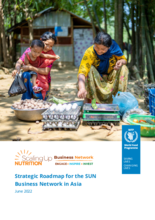 When partnership and perseverance make the dream work

Recovering from a double disaster in Palu

Achieving Zero Hunger is the work of many. Our work in Indonesia is made possible by the support and collaboration of our partners and donors, including:
Government of Indonesia Cargill DSM Evolve Government of Australia
United Nations COVID-19 Response and Recovery Multi-Partner Trust Fund (MPTF) United Nations Joint SDG Fund WFP COVID-19 South-South and Triangular Cooperation Opportunity Fund WFP Emerging Donor Matching Fund (EDMF)
View all

Find out more about the state of food security in Indonesia