The Philippines is an archipelago of over 7,600 islands. According to the INFORMS Risk Index, the country ranks first in the world in natural hazards and exposure risks.

Enjoying middle-income status since 2009, it was among the world’s 10 fastest growing economies. However, its growth has been hampered by the compounding effects of the COVID-19 pandemic, climate-related shocks and conflict.

Despite sustained economic growth, the Philippines suffers from widespread social, gender and economic disparities. Hunger and malnutrition persist and have even increased in recent years. The 2020 Human Development Report by the United Nations Development Programme ranked the country 107th out of 189. In 2020, the country has regressed in several target milestones of the Sustainable Development Goals (SDGs), including in the priority areas of food security and control of communicable diseases.

The Bangsamoro Autonomous Region in Muslim Mindanao (BARMM) ranks the lowest in terms of human development and living standards due to armed conflict and insecurity. Cultural norms add further constraints, particularly on women’s socio-political and livelihood opportunities, with low uptake of and restricted access to basic social services.

The World Food Programme (WFP) first started working in the Philippines in 1968 and re-established its presence in the country in 2006 at the request of the Government to support the ongoing peace process in the Mindanao region. Since then, WFP has been supporting the Government of the Philippines in its emergency response to natural hazards and armed conflicts, while gradually shifting to capacity strengthening through technical support and augmentation of the logistics capacity of government authorities.

Today, WFP supports the Government in achieving food and nutrition security, reducing malnutrition among children, and improving access to income-generating activities for the rural poor and other vulnerable groups, in line with SDG2 – Zero Hunger.

What the World Food Programme is doing in the Philippines

WFP helps communities affected by conflict and climate-related natural hazards to rebuild their lives by encouraging self-sufficiency through food and cash assistance programmes. People are given food or cash as they participate in livelihood activities and vocational skills training to boost their livelihoods opportunities and build their resilience against manmade or natural shocks. WFP also contributes to the improvement of agriculture and the food processing industry by investing in value chains for high-value local crops. 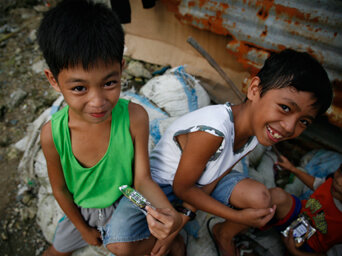 In support of the Government’s commitments made during the 2021 Food Systems Summit, and to the Global School Meals Coalition, WFP supports the scale-up of the home-grown school feeding model, based on the purchase of food from local producers, and the production and consumption of iron-fortified rice to address food insecurity and malnutrition, particularly vitamin and mineral deficiencies. 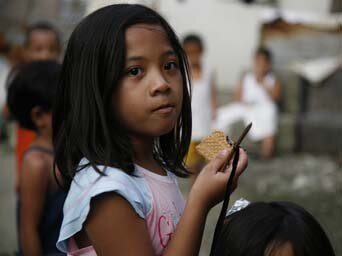 WFP provides nutritious, ready-to-eat food to children aged between 6 months and 5 years, and to pregnant and nursing women in areas affected by conflict and climate shocks. WFP is pioneering innovations to improve children’s health, such as through locally-produced fortified food and social behaviour change communication to address decades-old, stagnant malnutrition rates. 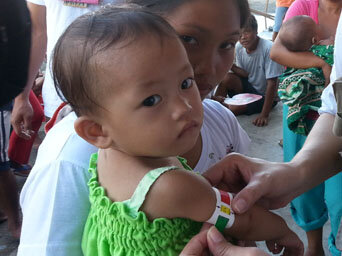 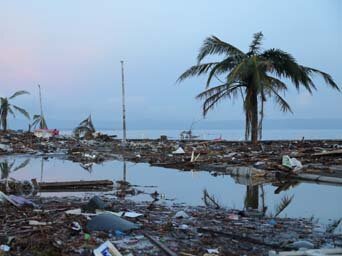 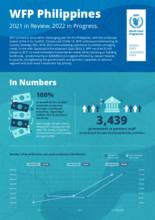 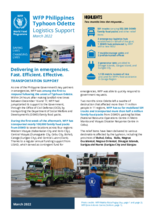 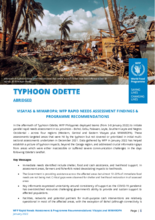 Food security and diets in urban Asia: how resilient are food systems in times of COVID-19? 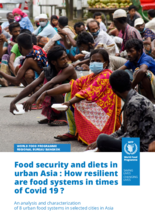 Achieving Zero Hunger is the work of many. Our work in the Philippines is made possible by the support and collaboration of our partners and donors, including:
Australia Asian Development Bank Brazil Canada ECHO
France Ireland Japan Philippines Private Donors Republic of Korea ShareTheMeal UN CERF USAID
View all

Find out more about the state of food security in Philippines