As the Syrian crisis reaches the ten-year mark, the humanitarian situation remains dire. Millions of people have been displaced from their homes, and those who remain are struggling to access sufficient food and rebuild their lives.

Conflict, mass population displacement and unprecedented economic pressures are driving hunger, and Syrian families need our help more than ever. Families have lost their jobs due to COVID19 lockdowns and at the same time the price of basic foods have soared to record highs. Combined, these factors have pushed families across the country deeper into poverty, hunger and food insecurity.

As conflict and economic pressures continue to put pressure on already vulnerable families, many are now resorting to detrimental measures – such as going into debt, selling assets and eating smaller and fewer meals – to survive. Even during the worst years of the conflict, families have never been under the economic pressures they are facing now. A basic meal is now beyond the reach of the majority of Syrian families.

In December 2019, conflict escalated in northwest Syria and western Aleppo. Close to one million people were forced to flee their homes in the largest wave of displacement since the crisis began. Many are now sheltering in over-crowded camps and have left their homes on foot, taking just what they could carry. 80 percent of these displaced people are women and children who are now in need of ongoing humanitarian assistance.

WFP launched an immediate response and scaled up its ongoing humanitarian operations in the northwest and is now providing emergency food assistance to more than one million people each month through our cross-border operation from Turkey.

Humanitarian assistance from WFP is critical to help families who have nothing left and depend on this food to survive.

Across Syria, WFP continues to ensure that food reaches the most vulnerable families when they need it the most.

WFP provides lifesaving food to 4.8 million people each month across all 14 governates of Syria. This includes distributing emergency food assistance to families in northwest Syria to help them to meet their immediate needs in times of crisis. 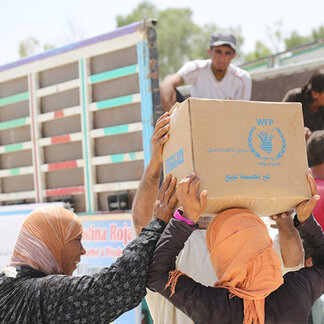 Livelihood and resilience projects are a core part of WFP’s humanitarian response in Syria, designed to protect and restore families’ livelihoods and food security, strengthen resilience to shocks, and help to restore local economies. These activities provide beneficiaries with the skills and infrastructure they need to become self-sufficient and take ownership of their own food needs. 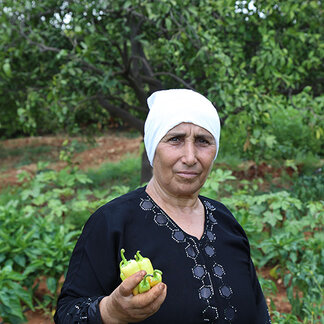 Millions of Syrian children have had their educations interrupted by conflict, and WFP’s school feeding programme is helping to avoid a lost generation by providing students a powerful incentive to attend class. Each day, hundreds of thousands of children know they will receive a healthy meal or snack from WFP that will help them to concentrate, stay healthy and reach their full potential. 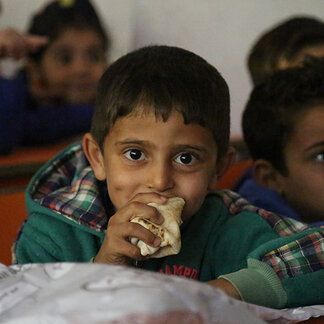 WFP’s nutrition activities support pregnant and breastfeeding women and girls, as well as children under 5 to prevent and address malnutrition and micro-nutrient deficiencies. Mothers and children receive specialized nutritious food to meet their unique needs, electronic vouchers so they can purchase more diverse diets, and regular monitoring to ensure they are becoming stronger and healthier. 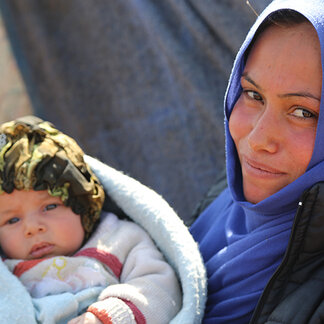 WFP is struggling to meet the urgent food needs of millions of people in Syria and in neighbouring countries every month. Due to funding shortfalls in Syria, WFP has already been forced to reduce the calories in the food basket. Given the 4 months procurement lead time to have the commodities in-country ready for distribution, WFP requires US$ 479.7 million by February 2022 to ensure that families can continue to access lifesaving food assistance. 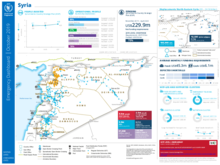 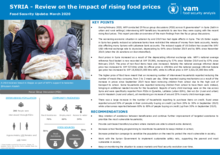 Your donation will make a difference. Support WFP’s work to save and change the lives of families across Syria. Together we can help Syrians to access emergency assistance and rebuild their lives.
Donate now

2021 in photos: People at the heart of one of Syria’s toughest years

Achieving Zero Hunger is the work of many. Our work in Syria is made possible by the support and collaboration of our partners and donors, including:
Australia Belgium Canada ECHO Germany
Iceland Japan Kuwait Norway United States
View all
Search