48%
of people live in poverty
10.3%
of children suffer from acute malnutrition
2.1 million
population

The Gambia, in West Africa, ranks 174 out of 189 countries in the 2019 Human Development Index. Despite considerable progress in recent years – particularly in primary education – levels of poverty, food insecurity and malnutrition have remained unchanged or have worsened in the last ten years. Major crises such as the 2015 Ebola outbreak and the consequent reduction in tourism, and climate-related drought and floods in 2012 and 2016 respectively, have all taken their toll on the country’s economy.

The Gambia’s poverty rate remains at 48 percent, while food insecurity has risen from 5 to 8 percent over the past five years as a result of weak food production systems and the effects of successive shocks such as drought and floods. In 2018, The Gambia suffered another drought leading a food security emergency.

The latest figures show acute malnutrition at 10.3 percent, while 23 percent of children are stunted, or small for their age. Gender inequality persists, and the country is ranked 148th of 159 countries in the 2016 Gender Inequality Index. An estimated 20,000 people, including pregnant women and girls, were living with HIV in 2016, of whom only 30 percent were receiving anti-retroviral therapy.

The Gambia produces only 50 percent of the food it needs, and it depends on food imports. The agricultural sector largely consists of smallholder subsistence farmers, who rely on often erratic rainfall. Food production is vulnerable to climate-related crises such as droughts and floods, which affect the availability and price of food. Those who are mainly dependent on farming are the most food insecure, yet agriculture employs 46 percent of the population – up to 80 percent in rural areas.

Agricultural growth has only been half of the national target, as the sector is stuck in a vicious cycle of low investment and low output, further exacerbated by factors including persistent gender inequalities in access to water, post-harvest losses and inadequate storage. The most vulnerable people are constantly at risk of being unable to purchase sufficient food. Crop production fell by 26 percent because of long dry spells in 2017, and fluctuating market prices had detrimental effects for vulnerable households, who spend half their income on food.

WFP has been in The Gambia since 1970, supporting school feeding and livelihood programmes. WFP led humanitarian efforts during the Sahel crisis of 2010 to 2011, and since then has been helping to strengthen the country’s own capacity for building sustainable social protection programmes, in particular for school feeding.

What the World Food Programme is doing in the Gambia

Crisis response
Working with government partners, WFP will provide food or cash to at least 10,000 households affected by crises, prioritizing vulnerable groups such as households headed by women, people with disabilities and those living with HIV/AIDS. WFP also provides training to help those affected by crisis to improve their own nutrition, and strengthen the capacity of partners to provide safe and adequate access to food. 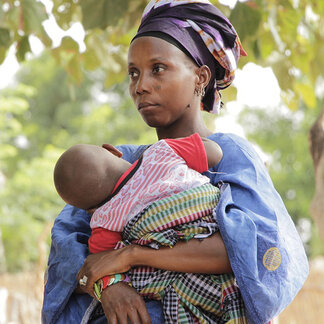 School feeding
During the school year, WFP provides school feeding programmes for pre-school and primary school children who are vulnerable to food insecurity. This benefits over 115,000 children, half of whom are girls. WFP also provides technical support to help strengthen the capacity of the Government to manage the country’s own national school feeding and other social support programmes. 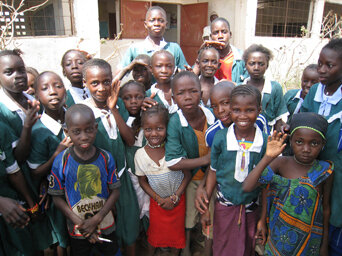 Nutrition
To prevent or treat acute and chronic malnutrition, WFP provides nutritious foods to 55,200 of the most vulnerable people. This includes children under 5, pregnant women and nursing mothers, including those living with HIV/AIDS. WFP works closely with the Government providing capacity transfers and preparing Government to manage its own nutrition programmes in the future. 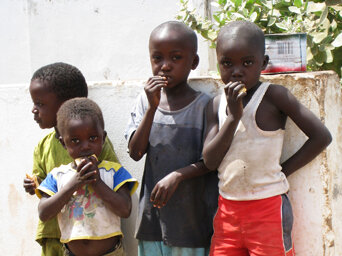 Market support
WFP supports and trains smallholder farmers, in particular women, helping them to increase the amount of food they produce and sell. The school meals programme directly purchases their produce. WFP will also help create earning opportunities during lean seasons, employing 5,000 people (half of them women) to create or restore community or individually-owned assets. 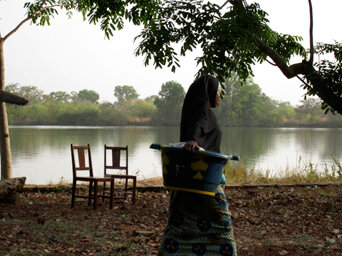 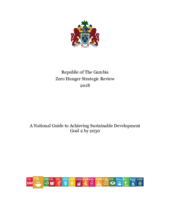 Achieving Zero Hunger is the work of many. Our work in the Gambia is made possible by the support and collaboration of our partners and donors, including:
The Government of the Republic of the Gambia Food and Agriculture Organization of the United Nations (FAO) European Commission Multilateral Funding United Nations Children’s Fund (UNICEF)

Find out more about the state of food security in Gambia