With nearly one third of the population – 32.7 percent, or 1.6 million people – not having the means to afford nutritious food, humanitarian assistance has prevented the food security situation from deteriorating further. Food insecurity is high among women – 32 percent of families headed by women are food insecure – and particularly in the Gaza Strip, where it peaks at 54 percent.

Poorly diversified diets are causing overlapping nutritional problems. According to the most recent national surveys, nearly 50 percent of those assessed had very low levels of essential minerals and vitamins.

The humanitarian conditions in Gaza – where poverty and food insecurity affect 53 percent and 68.5 of the populationrespectively– continue to deteriorate at an alarming pace following the collapse of all productive sectors, basic social services and infrastructures. Gaza’s socio-economic fabric is faltering due to the cumulative impact of 11 years of sea, land and air blockade and a year-long energy crisis which leaves residents with less than four hours of electricity per day.

The World Food Programme (WFP) has been in Palestine since 1991, providing food assistance to the most vulnerable non-refugee populations. WFP focuses its activities on areas with a high prevalence of food insecurity, including the Gaza Strip, where WFP has been expanding the use of cash assistance to support an ailing economy and increase the impact on the food security of the people it serves.

What the World Food Programme is doing in Palestine 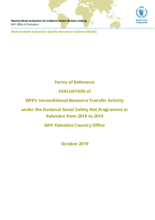 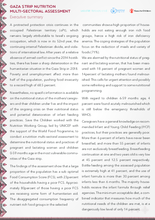 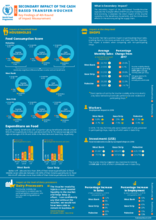 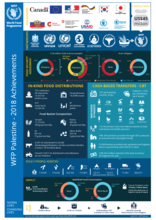 Achieving Zero Hunger is the work of many. Our work in the State of Palestine is made possible by the support and collaboration of our partners and donors, including:

Find out more about the state of food security in Palestine