56 percent
of children under 5 are stunted
Second lowest
GDP in the world
12.1 million
population

A land-locked and densely populated country in East Africa, Burundi is one of the poorest countries in the world with more than 70 percent of the population living in poverty. Food insecurity levels are alarming with 52 percent of children under 5 stunted and even higher levels of malnutrition among rural communities.

Some of the drivers of food insecurity in Burundi include poverty, rapid population growth, vulnerability to climate-related shocks, poor access to clean water, and worsening access to basic services such as health and education. A high prevalence of infectious diseases, lack of diversity in diets and poor hygiene make the situation worse.

Adding to the pressure on Burundi’s stretched resources, over 50,000 refugees, mainly from the Democratic Republic of the Congo, are hosted in already food-insecure areas and rely on assistance for basic food and nutrition.

Competition over scarce resources is further compounded by the return of Burundian refugees from neighbouring countries following peaceful elections in May 2020.

Only 32 percent of Burundi’s children complete their lower secondary education. Although women play a central role in the development of the country, gender equality is among the lowest in the world. The majority of the country’s poor are in rural areas, where 90 percent of people rely heavily on subsistence agriculture and informal employment. A hilly landscape makes the country vulnerable to climate-related shocks such as flooding.

In 2015, a socio-economic crisis linked to political developments resulted in donors suspending direct budget support, leading to a 50 percent decrease in the national budget. The peaceful general elections in May 2020 and the subsequent political developments fostered improved cooperation with the international community, recognizing Burundi as a country with a huge potential for development.

COVID-19 infection and transmission rates remain relatively low but communities living in areas bordering neighbouring countries have lost livelihoods due to the disruption of informal cross-border trade following restrictions on movement to contain the pandemic.

7 things you need to know about WFP Burundi

What the World Food Programme is doing in Burundi

As part of a national strategy to combat malnutrition, WFP implements a stunting prevention programme for children under 5 and the treatment of moderate acute malnutrition using specialized nutritious foods for children and pregnant and breastfeeding women in four of the most food insecure provinces. Food fortification initiatives also play a key role in this strategy. 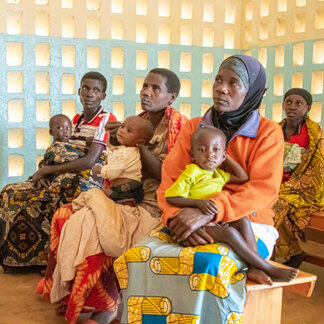 WFP supports smallholder farmers to increase the food security and incomes of poor rural families, particularly those run by women. WFP is helping to build sustainable and resilient food systems by linking farmers to markets, improving their access to finance, and supporting them in best harvesting, drying and storage practices, thereby reducing post-harvest losses. 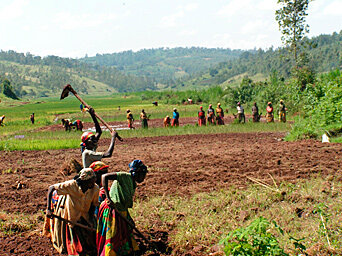 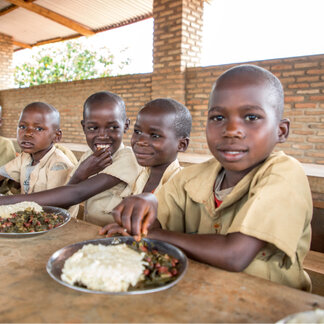 WFP provides emergency and gender-responsive assistance in the form of cash transfers to vulnerable people such as refugees, those displaced by climate shocks and Burundian returnees. 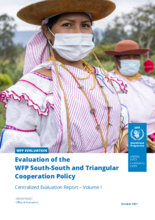 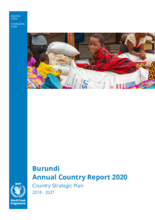 Love in the time of exodus — revisited

Find out more about the state of food security in Burundi