A middle-income country, Sri Lanka is focusing its development agenda on accelerating economic growth and recovering from a 30-year civil war that ended in 2009, while ensuring good governance and sustaining peace. The country is credited with considerable advancement in several development areas, including promoting universal primary education, reducing maternal and child mortality, and halving poverty levels. However, progress towards achieving food security, improved nutrition and gender equality, as well as minimizing geographic and socio-economic development disparities, has not been equally swift.

Undernutrition  remains of serious concern and is considered an obstacle to socio-economic development. At 13%, Sri Lanka’s level of chronic malnutrition, or stunting, is among the lowest in the region. However, the same cannot be said for acute malnutrition and micronutrient deficiencies – where individuals lack vital vitamins and minerals. The 2012 national nutrition survey found that, with a 19.6% prevalence of wasting, Sri Lanka was ranking third in the world, only behind Djibouti and South Sudan. High levels of acute malnutrition – ranging between 14 and 35 percent – were found across all 25 districts surveyed.

As an island nation, Sri Lanka is highly vulnerable to climate change. Extreme weather events and recurrent natural disasters (droughts, floods and landslides) have an adverse impact on socio-economic progress.  Currently, 1.2 million people across the country are affected by drought, which started in 2016 and has continued with subsequent seasons of poor rainfall. The country’s worst drought in 40 years – affecting 20 out of 25 districts – has led to the loss of crops and agricultural labour opportunities. This has had a severe impact on food security, nutrition and income levels, and has resulted in growing debt and restricted access to water for drinking and cultivation.

In Sri Lanka, WFP aims to contribute to addressing the underlying causes of food insecurity and malnutrition and promote longer-term recovery and resilience, while maintaining its emergency response capacity. WFP and the Government of Sri Lanka have been working together for nearly 50 years. WFP’s activities in the country have an increasing focus on providing technical and policy support to build national capacity to ensure access to food, end malnutrition and improve the productivity and incomes of smallholder farmers.

What the World Food Programme is doing in Sri Lanka 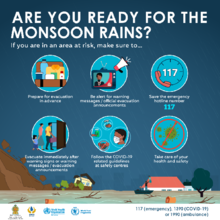 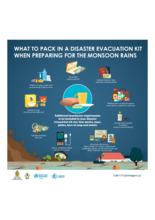 WFP Sri Lanka - What to pack in a Disaster Evacuation Kit when preparing for the Monsoon Rains? 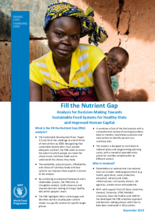 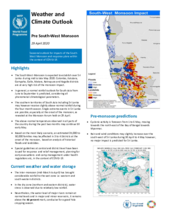 Weather and Climate Outlook of Pre South-West Monsoon (May 2020)

Achieving Zero Hunger is the work of many. Our work in Sri Lanka is made possible by the support and collaboration of our partners and donors, including: