A politically stable and peaceful country, Cameroon still faces serious challenges in achieving Zero Hunger and eradicating malnutrition by 2030 as required by Sustainable Development Goal 2. The country ranks 150 out of 189 in the 2019 Human Development Index and 39 percent of its people live under the poverty line.

Poverty has a strong regional dimension. It is mostly concentrated in rural areas and specifically in the northernmost and eastern regions, where structural underdevelopment and recurring climatic hazards have limited opportunities for communities to thrive and break out of the poverty trap. The Far North, North, Adamaoua and Eastern regions are frequently exposed to food crises and climate shocks, including floods and droughts. These, combined with poor road infrastructure, land degradation, outdated agricultural practices, high post-harvest losses and fragmented markets, severely limit people’s access to sufficient nutritious food.

The arrival of refugees driven into Cameroon by conflicts in northeast Nigeria and in the Central African Republic, and the internal displacement of people caused by Boko Haram activities in the Far North region are putting additional strains on already vulnerable communities.

As a result of multiple shocks and stresses, including pressure from insecurity and displacement, the overall food security situation sharply deteriorated in 2015 and 2016, with the proportion of food insecure people in the four most vulnerable regions spiking from 19 to 24 percent.

Chronic malnutrition remains a public health issue, with 32 percent of children under 5 suffering from stunting. The prevalence of stunting is above the national average in Far North (42%), North (34%), Adamaoua (38%) and East (36%). High malnutrition rates are primarily a result of limited consumption of nutritious food, diarrhoeal disease which limits the absorption of nutrients, and limited access to clean water, sanitation and health services.

What the World Food Programme is doing in Cameroon 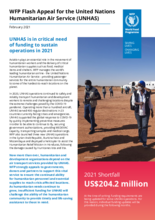 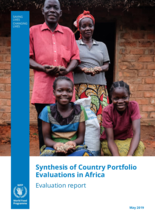 Achieving Zero Hunger is the work of many. Our work in Cameroon is made possible by the support and collaboration of our partners and donors, including:

Find out more about the state of food security in Cameroon