14%
of children under 5 suffer from chronic malnutrition
35%
of people live in poverty
6.4 million
population

El Salvador is the smallest and most densely populated country in Central America. Over the past decade it has made significant progress in reducing food insecurity and malnutrition, with the rate of stunting (low height for age) in children under 5 dropping from 19 to 14 percent between 2008 and 2014. Acute malnutrition levels remain low at 2 percent.

However, poverty and inequality continue to pose major challenges to development. Coupled with extremely serious levels of violence and insecurity – El Salvador has one of the highest murder rates in the world outside war zones – these factors drive thousands of people, including unaccompanied minors, to leave the country every year. There are currently some 2.5 million Salvadorans living in the United States alone.

Fueled by poor access to nutritious food, scarcely diversified diets – poor consumption of vegetables and fruits – and a lack of nutritional awareness, three major nutritional problems overlap in El Salvador:  stunting (caused by malnutrition) in children under five years of age; anaemia in women of reproductive age; and obesity and overweight in adults (also seen increasingly in children).

Vulnerability to volcanic eruptions, earthquakes and severe weather conditions – also exacerbated by El Niño which causes alternating floods and droughts – affects the sustainability of El Salvador’s food systems.  The country is heavily dependent on import for main staples like rice, beans and corn. All the wheat and rice consumed nationally is imported. Farmers only account for 14 percent of the economically active population, and the vast majority of them are subsistence smallholders farmers producing mainly staple food – maize and beans -- and living on less than US$ 200 a month.

As most people live in cities and towns – with one quarter of the total population concentrated in the capital San Salvador – urban poverty is one of the main areas of focus for the World Food Programme (WFP). WFP is supporting the Government of El Salvador in placing nutrition and food security at the heart of social protection systems and expanding coverage of priority groups including young children, pregnant and nursing women, adolescents and vulnerable men and women affected by insecurity. Recognizing that economic hardship is one of the main drivers of violence, WFP is linking its cash-based food assistance to vocational training programmes, to prepare teenagers and youths for the labour market.

In rural areas, efforts concentrate on enabling smallholder farmers to enter formal markets, linking them to the procurement chains of government programmes as well as the private sector.

What the World Food Programme is doing in El Salvador

Productive and nutrition-sensitive social protection
Building on its experience in the provision of cash-based transfers to pregnant and nursing women, children under 2, adolescents and vulnerable populations, WFP supports the Government in implementing a more integrated, gender-transformative and nutrition-sensitive national social protection system. WFP provides a strengthened and more efficient platform for cash-based transfers – whether through physical cash or electronic disbursement. 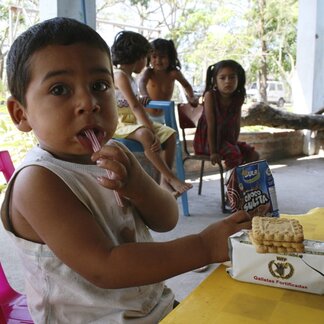 Support for smallholder farmers
In collaboration with the Ministry of Agriculture, WFP works to enhance access to formal private and public food markets by smallholder farmers. WFP supports the creation of smallholder organizations and provides trainings on best practices in food management and marketing as well as technical assistance to develop and implement business plans. Equal participation, representation and decision-making by women and men is actively encouraged. 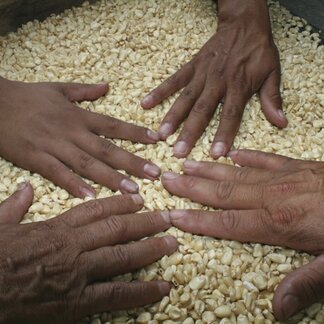 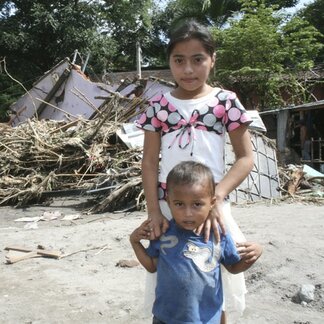 Capacity strengthening in food and nutritional security
To create a stronger framework to address food insecurity and malnutrition, WFP strengthens the capacity of national and subnational institutions, promotes the sharing of best practices and knowledge, and is working to establish the SUN (Scaling Up Nutrition) Business Network, a public-private coordination platform. WFP and other UN agencies support the development of public policy in the area of food and nutrition security and its effective implementation. 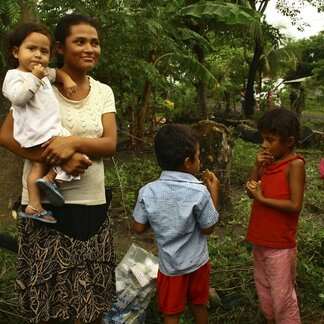