Guinea-Bissau has been plagued by political instability since it became independent in 1974, resulting in a lack of development and high levels of poverty.

Nearly 70 percent live below the poverty line, with high infant and maternal mortality rates and a countrywide chronic malnutrition rate of over 25 percent. Almost 85 percent of the population depend on agriculture as their main source of income, and cashew nuts are the primary crop. Overall, 11 percent of Guinea-Bissau households are food insecure, though this figure can be as high as 51 percent in some areas.

Chronic food insecurity is compounded by political instability, irregular rainfall and volatility of prices for both imported rice and local cashew nut production.

Food insecurity contributes to the major challenge of undernutrition, which is also caused by inadequate health services, poor water and sanitation, inadequate infant and young child feeding practices, and high illiteracy rates among women. Lack of education has hampered economic development, with very low school enrolment rates and a severe shortage of teachers and resources compounding the situation.

The World Food Programme (WFP) carries out a variety of work in Guinea-Bissau, including health and nutrition support, school feeding and rural development. We also provide technical assistance to the Government to help the country reduce undernutrition, increase access to education and improve monitoring of food security.

What the World Food Programme is doing in Guinea-Bissau 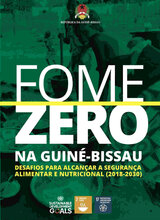 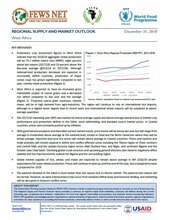 Achieving Zero Hunger is the work of many. Our work in Guinea-Bissau is made possible by the support and collaboration of our partners and donors, including: