Armenia is an upper-middle income, landlocked, net food-importer country, which has gone through a profound transformation since its independence in 1991. Gains from economic progress and structural reforms over the past two decades have not benefited the population equally however, leaving smallholder farmers and women behind in particular.

One in four people still live below the poverty line, and levels of food insecurity can reach up to 24 percent in the rural northern regions. The country needs to identify and deploy new drivers of growth to lay the foundations for sustainable and equitable development.

The National Strategic Review, carried out by the Government with WFP in 2017, recognized that food insecurity and malnutrition were two key concerns for the country, and identified access to nutritious food as the main cause for poor nutrition among the population. Food insecurity goes hand in hand with the double burden of child malnutrition. The 2018 Global Nutrition Report identified the coexistence of two forms of malnutrition, namely overweight and anaemia. According to the report, half of the Armenian population is overweight.

WFP is supporting the Government of Armenia and partner efforts to eradicate food insecurity, in line with the 2030 UN Sustainable Development Agenda, and to contribute to the Government of Armenia Development Transformative Strategy. Together with Government line ministries and partners, WFP‘s role will include contributing to human capital development, improving the health of the population, and ultimately contributing to sustainable economic growth that benefits the whole population.

What the World Food Programme is doing in Armenia 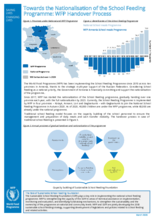 WFP Armenia - Towards the Nationalisation of the School Feeding Programme 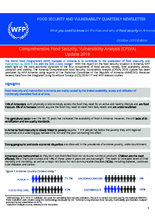 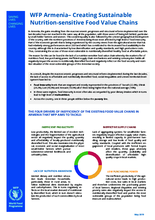 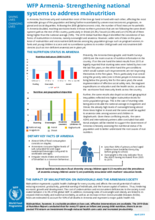 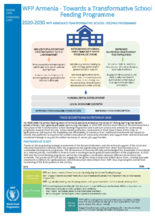 Achieving Zero Hunger is the work of many. Our work in Armenia is made possible by the support and collaboration of our partners and donors, including:

Find out more about the state of food security in Armenia