When conflict erupted between Armenia and Azerbaijan in September 2020, it displaced thousands of people from Nagorno-Karabakh, a landlocked mountainous region, the focus of a long-standing dispute between the two countries.

To help displaced people cover their food and other essential needs, the World Food Programme (WFP), with the support of the EU, US, France and the Belgian region of Flanders, provides cash assistance to over 13,000 individuals, who were registered on the government assistance platform and are currently residing within the territory of Armenia.

WFP met a few families who receive cash assistance from The Government of Armenia and WFP, which helps them put food on the table and meet other daily needs.

Vanush and his family of eight fled Nagorno-Karabakh and now live in his parent's apartment in Vorotan, a village in the Goris Municipality of Armenia's Syunik province.

Because of the small size of the apartment, his parents had to move out. They now live in a one-bedroom flat but come over during the daytime to help the family.

Vanush says the primary source of income for his family before the conflict was agriculture and cattle-breeding.

“We used to live quite modestly,” he said. “Now, however, agricultural opportunities are very slim.”

As Vorotan is currently considered a border village, the family is afraid and feels the pastures are not safe enough to resume cattle-breeding activities.

Sahak's family of four have been living with his parents in Verishen, a village in the Goris Municipality of Syunik province.

Before fleeing Nagorno-Karabak, in his hometown, Sahak was an electrician. His wife, Arevik, was taking cooking classes. Unfortunately, no one in the family has been able to secure a job since arriving in Verishen.

After being displaced, the family now lives in appalling housing conditions. The building that currently serves as their home is very damp and humid and, as a result, Sahak developed a chronic cough. This comes on top of the injury he suffered from a bomb blast, adding burden to his family.

“This house is not a long-term solution for us,” says Sahak, adding that he and his wife are ready to work should there be an opportunity.

Arpine , 25, is a single mother from Nagorno-Karabakh. She escaped the region with her child, sister and father, Mkrtich. They now live in Aravuz, a village in the Goris Municipality of Syunik province.

While they have a roof over their heads, their rented flat, which costs around US$60 a month, has bare concrete floors. The family have to work around the immense problem of not having a lavatory or bathing facilities.

They too are poised to work and keep the faith that the position they are in will not last for long.

“We are more than ready to carry on with farming and cattle-breeding, and more specifically with pig farming,” says Arpine. Her father, Mkrtich adds: “It does not matter where we live; as long as there are normal living conditions, we are ready to work."

Arpine’s family use the cash assistance to purchase food and pay for the rent. This sometimes means 'borrowing' food from delivery trucks which they later pay for.

"The banks are knocking on our doors"

Having been displaced from Nagorno-Karabakh, Raisa, her husband Hovhannes and their two children, aged 11 and 6, live in Dilijan. They found shelter in the former building of the local childcare and protection facility, which currently houses 47 people.

“Now, the main problem for us is having a house. We've already received cash assistance, but the money is not enough. We still have some unpaid loans, and the banks are constantly knocking on our doors demanding us to pay them,” says Raisa.

The family is ready to settle in either Dilijan or Yerevan; however, returning to Nagorno-Karabakh is not an option.

“I am so fed up with being displaced. This is my fourth time,” says the mother, who was wounded in the first conflict, as the scar on her neck testifies.

The post-conflict situation is creating new challenges for displaced people who are facing food insecurity, health and housing issues in Armenia. This requires effective and timely responses, with a significant increase in the use of cash-based transfers and in-kind food assistance, especially in urban locations.

WFP is planning to continue supporting those in need and to adopt a new response plan to reach more vulnerable people across Armenia, help them cope with difficulties and meet their food needs.

As needs continue to grow, WFP seeks support from its partners to be able to support the Government and people of Armenia during this difficult time.

In Armenia, WFP supports the Government and other partners in their efforts to eradicate food insecurity in line with the UN Sustainable Development Goals, and to implement the Government of Armenia’s Development agenda. Together with government line ministries and partners, WFP is contributing to the development of human capital, the improvement of health and the promotion of sustainable economic growth that benefits the whole population. 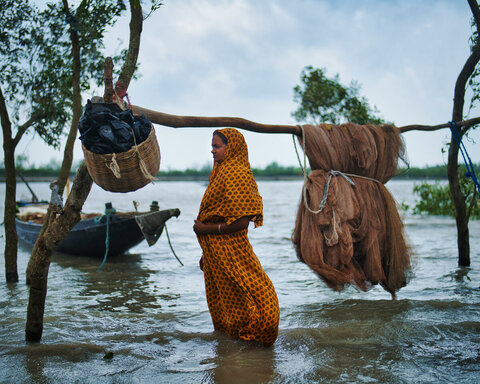 TikTok challenge: Cooking without ingredients... a novel way to spread the word about hunger 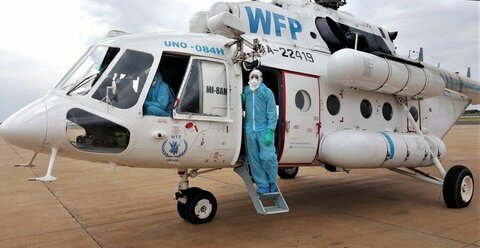 Airborne vaccine: The flights taking on COVID-19 in South Sudan