The political stability that Côte d'Ivoire has experienced since 2012 has led to a strong economic growth. In 2016, the country adopted a new National Development Plan (NDP), designed to transform Côte d'Ivoire into a middle-income economy by 2020 and accelerate human capital development and social well-being. However, development is not inclusive and deep inequalities persist. Half of the population is living below the national poverty line and gender inequality rates remain one of the highest.

The government’s sectorial efforts in achieving Sustainable Development Goal 2 (SDG 2) led to notable improvements in various sectors. Between 2012 and 2016, stunting and wasting rates dropped to 21.6% and 6% respectively, while exclusive breastfeeding rates almost doubled from 12% to 23.5%, highlighting the efforts made to break the cycle of malnutrition through a focus on the first 1,000 days of life. Food insecurity rate has also declined from 12.8% in 2015 to 10.8% in 2018 and severe food insecurity disappeared.

The country’s Global Hunger Index of 25.9 in 2018 is still classified as ‘serious’ and suffers from the triple burden of malnutrition, represented by high micronutrient deficiencies, undernutrition and over-nutrition which is gaining ground, affecting more and more the adult women population. Food insecurity affects more women-headed households and agricultural households, whose productivity and production are hampered by recurrent climate shocks; high post-harvest losses (as high as 40 percent); accelerated land and environmental degradation; poor agricultural practices; and limited access to quality inputs, land, equipment, technologies, credit and markets. The limited support for food crop production compared with the cash crop sector also continues to have a negative impact on the productivity of smallholder farmers who cultivate 84% of the arable land. Other underlying causes of these challenges include poverty, low education and literacy rates, poor dietary diversity, lack of awareness of good nutrition, health and hygiene practices, prevalence of highly infectious diseases and gender inequalities.

These figures highlight that there is a vast untapped potential for further accelerated economic growth, as well as the challenges that lie ahead to make growth truly inclusive. The 2019-2023 Country Strategic Plan for WFP in Cote d’Ivoire, based on the 2018 Zero Hunger Strategic Review, aligns with national priorities. It considers the multisectorial and integrated dimension of hunger, malnutrition and gender. This country strategic plan marks a shift in WFP’s approach in Cote d’Ivoire, with stronger emphasis on capacity strengthening with a view to shifting WFP-led programmes to government and community ownership. The four integrated objectives are:

3.     Enhance food systems to be more sustainable and resilient;

4.     Strengthen partnerships to achieve Zero Hunger in Côte d'Ivoire, only possible with strong and diversified partnerships, and the commitment of political leaders.

What the World Food Programme is doing in Côte d'Ivoire

WFP provides school meals to 125,000 targeted children throughout the school year, and 15,000 girls and boys are supported through take-home rations to encourage completion of the primary education cycle. Targeted school-age children also benefit from complementary services such as school gardens, deworming, social behaviour change communication-related activities, and improved learning tools and materials. Simultaneously, WFP works to strengthen the capacities of smallholder farmers’ groups established near schools to increase the community contribution to the school feeding programme. 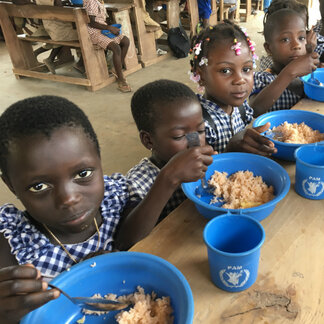 WFP programmes are systematically designed to be nutrition-sensitive to address the nutrition needs of the most vulnerable groups. WFP supports school canteens with nutritious and diverse foods, deworming treatment, as well as training on good hygiene and nutrition practices. By linking smallholder farmers to schools, WFP promotes the production of diverse and nutrient-rich foods that are made available to the school feeding programme as well as available on local markets. WFP supports the implementation of the national nutrition programme, with a focus on the development and implementation of a gender-responsive social behaviour change communication strategy and the implementation of the national strategy for the fortification of regularly consumed staples. 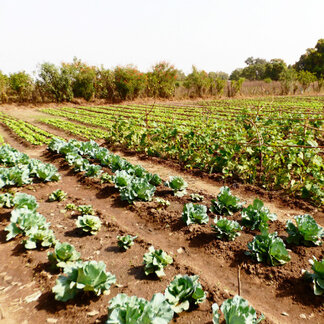 WFP initiated the Small Agricultural Market Support pilot project in 2017 to advance the sustainability of the national school feeding programme, targeting women’s smallholder farmer groups established around school canteens. The project supports nearly 3,817 farmers organised in 35 farmer groups, 83% of whom are women. WFP wants to reach 1,250 farmers’ groups (approximately 125,000 farmers) throughout the CSP period. The objective is to enhance their livelihoods, strengthen resilience to shocks through efficient value chains and sustainable food systems, through the sharing and adoption of good agricultural practices and technologies that improve food production and processing, and reduce post-harvest losses. 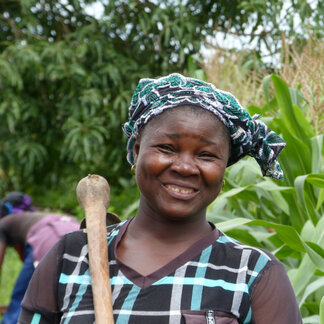 Reintegration and livelihoods support for returnees and population affected by shocks

WFP maintains its capacity to respond to emergencies in order to address the immediate food and nutrition needs of affected population. Food and cash-based transfers are provided, through genderresponsive and nutrition-sensitive approaches. Relief food assistance is also provided to returnees who fled the country following the postelection crisis of 2010/2011, through three-months food kits upon return and integration in productive asset creation activities (such as poultry farms, fish ponds, lowland development and rehabilitation). WFP is helping vulnerable returnees and host populations to meet their immediate food needs, while supporting the restoration of their livelihoods, strengthening their resilience and promoting social cohesion in conflict-affected fragile communities. 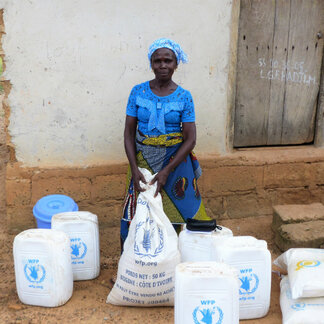 A Regional Center of Excellence against hunger and malnutrition was established in Côte d'Ivoire in 2019 in partnership with the Government, to respond to a growing demand from regional governments to strengthen their national capacities in food and nutrition security. The Center contributes to achieving SDG2 and SDG17, facilitating the sharing of knowledge and experiences among countries. The Center thus provides technical support for the design, management and expansion of policy, institutional and legal frameworks, and sustainable programs towards zero hunger through South-South cooperation. 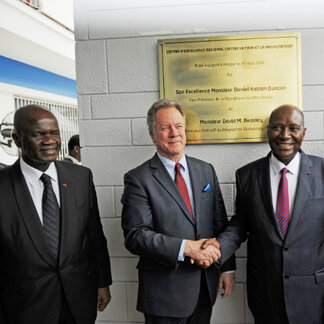 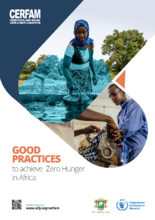 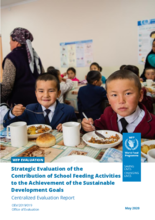 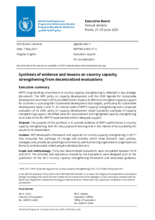 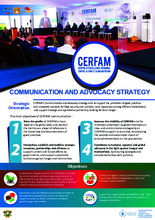 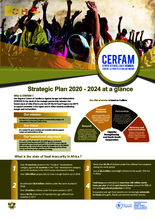