The Caribbean region comprises many small island developing states (SIDS) that share common constraints and challenges in their pursuit of sustainable development. The region is especially susceptible to a wide range of natural hazards – including droughts, earthquakes, floods, hurricanes and landslides – which cause an estimated US$3 billion in annual losses. With climate change expected to increase the intensity of extreme weather events, Caribbean countries are faced with formidable challenges in protecting people, livelihoods and infrastructure and in maintaining their economic, social and environmental gains.

Most countries in the region are characterized by high income levels and high levels of human development. Despite general improvements in living standards, however, poverty remains a challenge with rates averaging 30 percent of the Caribbean population. Furthermore, the economic cost of disasters is disproportionately high in relation to the size of Caribbean countries’ economies.

Between 1970 and 2016, the Caribbean suffered over US$22 billion in damages as a direct result of disasters.  The human impact of disasters is correspondingly higher in the small island developing states, affecting 10 percent of the population on average, compared to just one percent in large states. In recent decades, small Caribbean countries ranked highest countries in terms of losses – calculated as a percentage of GDP – caused by natural hazards.

The 2017 Atlantic Hurricane Season, for example, caused unprecedented levels of destruction, affecting millions of people and outstripping short-term response capacities, which created unique challenges for the rapid, appropriate and effective mobilization and coordination of humanitarian assistance. In response to the needs of affected countries, the World Food Programme (WFP) launched a range of food security, logistical and emergency telecommunication operations throughout the Caribbean. This included strengthening coordination and information management of local, national and regional responders; restoring communications networks; establishing temporary logistics hubs; supporting relief management and port operations and the transportation of goods and personnel to affected areas. In Dominica, in support of Government-led relief efforts, WFP also implemented a cash assistance programme in collaboration with UNICEF, which benefitted some 25,000 vulnerable people who were assisted by adapting and expanding the national social protection programme.

To continue to help address these challenges in the future, WFP is supporting the Caribbean Disaster Emergency Management Agency (CDEMA) and its Participating States to strengthen systems and technical capacities for a more effective, cost-efficient and predictable response to emergencies. Capacity strengthening activities are being implemented under a multi-year Emergency Preparedness and Response (EPR) programme spanning across four strategic pillars: vulnerability analysis, end-to-end supply chain management, shock-responsive social protection and climate change adaptation. A multi-country EPR office has been established in Barbados, responsible for strategic oversight, technical assistance and implementation of activities in coordination with CDEMA, national disaster management entities and social protection actors at the national-level.

What the World Food Programme is doing in the Caribbean

WFP works with partners in the Caribbean to strengthen food security analysis, early warning systems and mapping capacities. This includes support to monitoring, analysis and forecasting of hazards for early action and development of contingency plans. 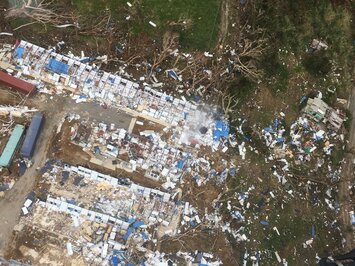 WFP contributes to the transfer of knowledge and resources to strengthen end-to-end supply chain management systems in preparation for and during emergencies in the Caribbean region. The programme considers all aspects of supply chain management from identification of goods and services needed, to logistics coordination and delivery to the most vulnerable populations. WFP also supports knowledge sharing on available technology, strategies and best practices for use of emergency telecommunications in disaster preparedness and response. 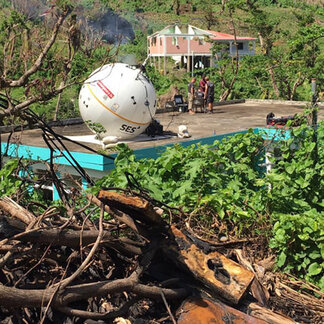 WFP complements ongoing efforts in the Caribbean region to improve social protection systems and make programmes more adaptive. Working with international, regional and national partners, WFP facilitates knowledge exchange and capacity strengthening around five key areas: data management, beneficiary targeting; delivery mechanisms; coordination; and financing. In this way, WFP contributes to national efforts to improve the effectiveness of social protection systems and programmes to better respond to the needs of the most vulnerable, prior to and/or following a disaster. 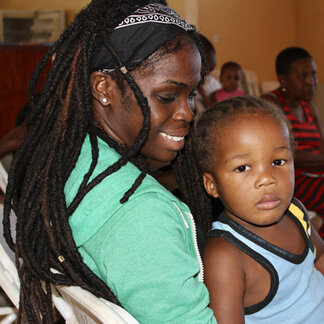 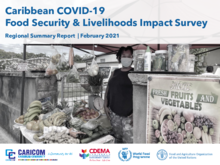 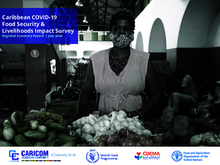 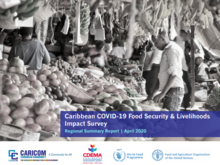 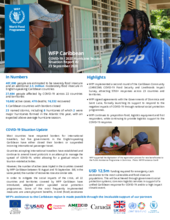 Research Programme on Shock-Responsive Social Protection in the Caribbean 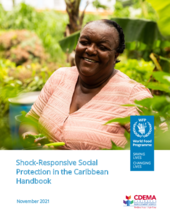 WFP responds to tremors caused by the security crisis in Haiti

Latin America and the Caribbean: a laboratory for climate action

WFP lends expertise before and after Hurricane Dorian

Operations in The Caribbean