Democratic Republic of the Congo emergency

Conflict and hunger fuel one another in the Democratic Republic of the Congo (DRC), one of the largest hunger crises in the world. Insecurity spread across several provinces is the main driver to population displacements, which often leads to hunger. Food insecurity continues to grow in DRC with 26 million people acutely food insecure. An estimated 3.4 million children are acutely malnourished.

In addition to addressing this hunger crisis, WFP has supported the Government of DRC in fighting recent Ebola Virus Disease outbreaks, which have claimed thousands of lives in recent years in the northern part of the country. The latest (12th) Ebola outbreak was declared over in May 2021.

Ebola
WFP helps reduce the propagation of the Ebola virus by providing food to patients and potentially affected people. It also provides crucial logistical services including trucks and planes, which enable responders to reach new or remote outbreak areas quickly. WFP also launched school feeding and nutrition programmes to address populations’ needs more holistically and to build trust and positive engagement with them. Food assistance is the only non-medical assistance provided to Ebola contacts during their medical observation period, and provides a key incentive in preventing movement of potentially affected people. 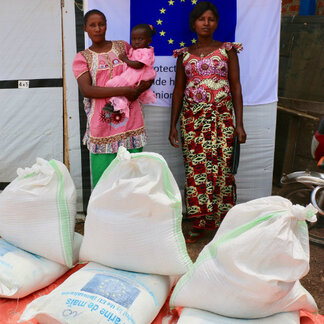 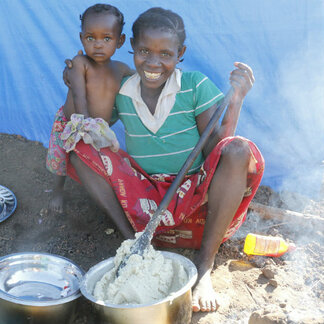 Please donate today and help life-saving food reach those families who need it the most.
Donate now

Achieving Zero Hunger is the work of many. Our work in the Kasai region is made possible by the support and collaboration of our partners and donors, including:
USAID Germany Norway UKAID ECHO
Belgium France Sweden Switzerland UN CERF Canada Republic of Korea Russia Private donors
View all
Search