Aleppo: What the World Food Programme is doing and how you can help

The humanitarian situation in Aleppo is catastrophic — the World Food Programme urges all parties to this vicious conflict to respect international law and common humanitarian principles and provide unconditional, unimpeded and safe access to millions of civilians in need in Aleppo and across Syria regardless of their affiliations.

Getting food to families

In Aleppo, WFP is supplying four communal kitchens with food to provide hot meals to 20,000 people who have been displaced to Jibreen in rural eastern Aleppo and Hanano in eastern Aleppo city where many have sought refuge.

Almost all bakeries inside eastern Aleppo have been destroyed due to constant bombardment and airstrikes. WFP is providing bread daily to nearly 12,000 displaced people in addition to nutrition supplies for over 1,000 children.

WFP is ready to deliver emergency food assistance, for at least 120,000 people, to eastern Aleppo city should safe and secure access become possible. 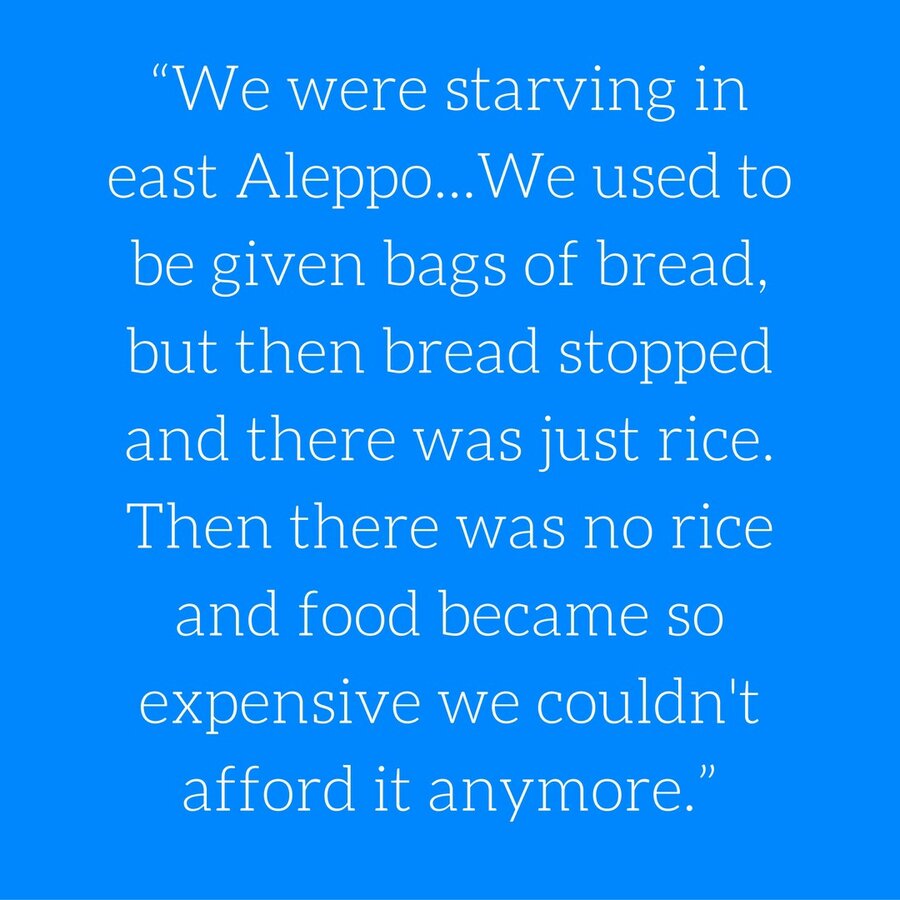 Two UN interagency missions, including WFP, were sent at the beginning of December to assess the needs of newly displaced people in Jibreen and Hanano.

A man who was able to flee eastern Aleppo told the mission: "We were starving in east Aleppo, we had to leave," he said. "We used to be given bags of bread, but then bread stopped and there was just rice. Then there was no rice and food became so expensive we couldn't afford it anymore."

WFP is entirely funded by voluntary contributions. A donation to WFP will help get food to displaced families who have no other means to feed themselves. You can make a donation at: wfp.org/Syria 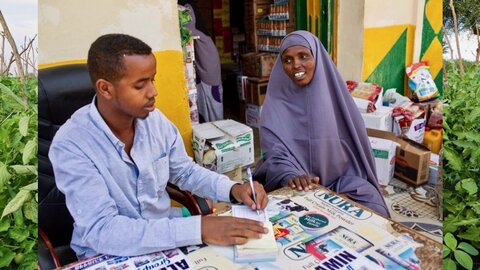 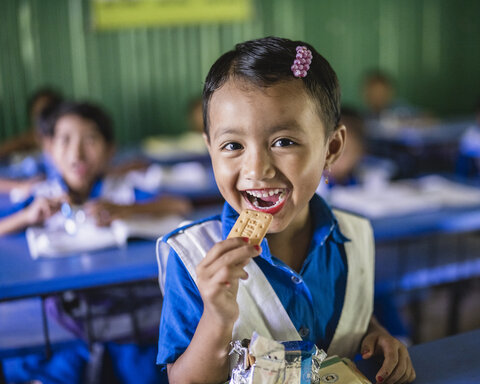