At Bouansa, a busy intersection on the highway linking Brazzaville and Pointe Noire, a new product is available on roadside stalls. Packaged in bags of about 1 kg, gari — a toasted cassava flour — is being sold to passers-by.

‘Gari' originates from West Africa. The product is fast making inroads in other parts of the continent where people are looking for tasty, affordable foods that can be prepared quickly. It's easy to make gari: just add hot water and season to taste. In Congo, people commonly enjoy their gari plain with a vegetable stew, or seasoned with garlic, chilies and tomato sauce.

The gari in Bouansa is marketed as ‘new gari' because it's of finer texture, tastier and and crunchier than the traditional product. A kilo is sold for 450 CFA francs or 75 US cents, while ordinary cassava flour sells for 350 CFA francs. Customers are willing to pay a premium for a more appealing product.

People have been producing gari in Congo since the 1950s. But until recently, it had been processed by hand. This involved grating tubers on perforated metal sheets and using piles of rocks to press the cassava.

With the help of experts from Cote d'Ivoire's Institut de Technologie Tropicale and Benin, facilitated by the Cote d' Ivoire-based Regional Centre of Excellence against Hunger and Malnutrition (a joint initiative by the World Food Programme (WFP) and the Ivorian Government), WFP Congo was able to introduce better equipment. Instead of a rusty metal sheet, people now use a mechanical grater that can easily process 500 kg of raw tubers in an hour. Screw presses were also brought in, so people no longer have to shift heavy rocks to press their cassava.

In December 2019, experts from West Africa worked with Congolese metalworkers to build prototypes. They also teamed up with food processors who make the gari to share their know-how. The result? More gari production, a better quality product and increased opportunities for everyone.

Months later, ‘new gari' is the object of a brisk roadside trade. Private food processors from all over southern Congo have already purchased their own grinders and presses from the metalworkers. As one of the Ivorian specialists said, "Southern Congo is on the verge of a cassava boom".

"We learned a lot from our West African friends," says Lucien Mbissi, a member of the Bikounou Action Ntembélé cooperative. "We have tripled our gari production compared to what we did before. We used to produce 12 bags a month, we are now at 36. This is changing the future for the cooperative and everyone in the community."

WFP Congo will help sustain the momentum by purchasing gari and other cassava products, and using those foods to provide school meals to children in the community. 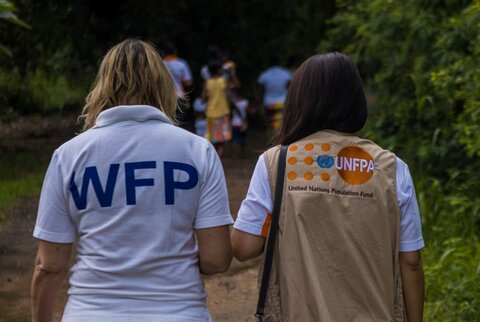 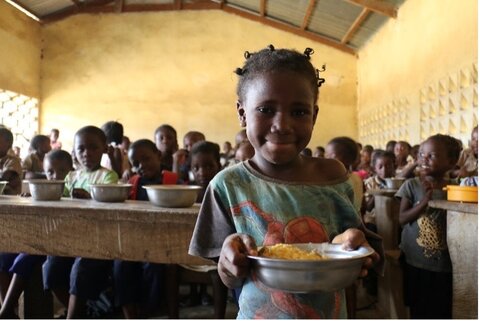