Jacqueline Tesha remembers playing all day in the sparkling river around her grandparents’ home in the foothills of Tanzania’s mount Kilimanjaro. But going back today, there is no river.

“You can’t even trace where the river was coming from. There’s no water, there’s nothing,” says Tesha. “You can clearly tell the climate has changed.”

Not even the glaciers melting on Africa’s highest mountain, another change since Tesha’s childhood, are replenishing once-overflowing waters.

Now, the Tanzanian environmental and climate expert is working to find solutions for a continent on the frontlines of the climate crisis – by helping rural women in her homeland access vital weather and climate information.

Over the coming year, Tesha is also taking on a new role; working to develop climate tools at the World Food Programme’s headquarters in Rome (as part of a multi-year, Norwegian-funded programme, aimed to get more female scientists into the world of climate action).

“The climate crisis is devastating communities across Africa, and women and girls are being left behind,” Tesha says. “We must halt the crisis and help people adapt.”

Finding the right channels to communicate key climate information will be essential to that goal. While Africa contributes just 4 percent of the world’s soaring greenhouse gas emissions, the continent is being hammered by the fallout.

Already it is seeing shrivelled harvests, extreme weather events, mass migration and rising poverty and hunger – all byproducts of a changing climate that risk only getting worse. The UN expects glaciers like those on mount Kilimanjaro to “vanish in two decades” amid fears GDP in sub-Saharan Africa could shrink 3 percent by 2050.

Working in Tanzania’s climate services over the past eight years, Tesha has worked with organizations that gather climate and weather information, such as rainfall and temperature. They also train communities on how to interpret and use the information to better anticipate and prepare.

It’s not as simple as it sounds, however. “We realized that the information is not always relevant, or not reaching the target audiences in a timely manner,” Tesha says, “or sometimes people don’t understand the information.”

She is working with communities to change that. “Sometimes you can distribute the information via a website, television, radio or text,” she says of alternative climate and weather platforms that are always available in local languages. However, “some people cannot read and so we send voice messages.”

Reaching women in rural communities is especially challenging. “Many families only have one mobile phone or radio, and the man takes it with him wherever he goes”, Tesha says, “meaning women don’t receive vital warnings.”

Adding to their challenges, many rural women are usually not part of community decision-making. And yet they are key players when disasters hit. Men often migrate in search of work when that happens – leaving women, already juggling children and household chores, in charge of the farming as well.

“Women must be part of the solution,” says Jesse Mason, head of WFP’s anticipatory action programmes. “The climate crisis affects them much more than men, yet they are not being included in decision-making or even receiving crucial information.”

“Having more women like Tesha involved in climate services at the community level will mean more appropriate and effective climate action for all,” he adds.

Climate and hunger in a year of changing dangerously

Over the coming year, Tesha will support WFP efforts to develop and integrate climate services tools into programmes to better anticipate and mitigate disasters.

Her WFP experience will also inform her work when she goes back to Tanzania and inspire other budding female scientists.

“We all know that climate change impacts women more than men,” she says, “so having more female experts is very important.”

Already, Tesha is breaking norms in her own family, where members have pursued more traditional careers in medicine and law. Today, they jokingly seek her advice, she says, “on what the weather forecast will be each day.”

This is part of a series of articles to mark COP27.

The Nordic Climate Accelerator Programme was set up by NORCAP, part of the Norwegian Refugee Council to increase the number of women scientists working on innovative climate programmes.

Learn more about WFP's work in Tanzania and on climate action 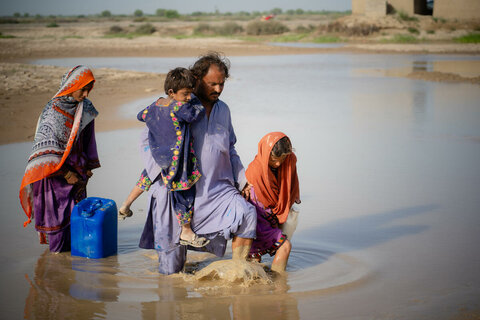 COP27: The climate crisis and a year of record hunger 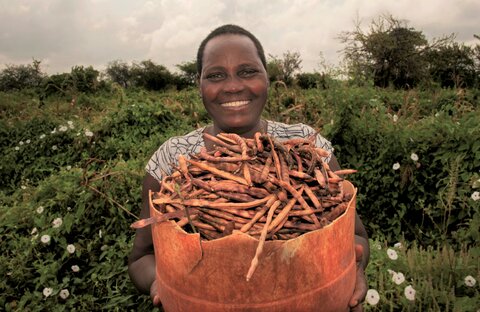 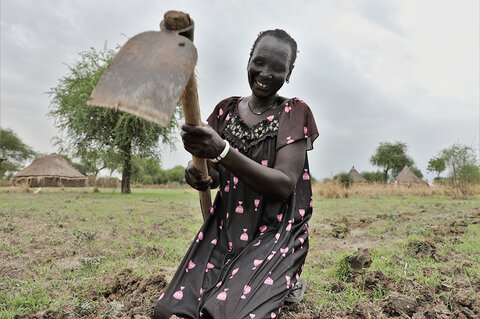