How food cards empower refugee women like Khamisa in Sudan

‘When there is peace, I will go home and help South Sudan improve health conditions.'
22 August 2019, Belinda Popovska
Refugees and migration Gender Sudan

White Nile State is home to a large population of South Sudanese refugees. In the first half of 2019, the World Food Programme (WFP) supported 387,000 refugees across Sudan with the majority of food contributions from USAID. More than half of them are women. WFP encourages women decision-making power at home by issuing monthly food ration cards in their names.

Gripping her food distribution card between her teeth, Khamisa John Adiand, 19, queues to collect fortified oil — part of her monthly entitlement. She hides behind other women, trying to remain unnoticed. The slightly tattered card has punched holes for every month she's collected food for the family.

Every month Khamisa, who wants to become a doctor, walks from the family shelter to the WFP distribution centre in Alagaya Camp, White Nile State. As one of the lead females in the house, after her mother of course, she has been given the responsibility of collecting the family's monthly food entitlements.

Khamisa's responsibility to collect food is part of a broader initiative by WFP. It aims to encourage women to be the primary holders of food-ration cards, empowering them to collect vital food supplies independently. This gives them full entitlements to monthly household food stocks and helps to acknowledge the important role they can play in managing food security on behalf of the family. It's also a subtle way of shifting cultural norms. But of course, these things take time.

"Maybe I will no longer have to cook. I can hire a cook for my family."

"I like to cook for the family. When I become a doctor, I will be able to cook fish for the family. Fish on charcoal and firewood, it tastes really good." Having second thoughts, she laughs and says: "Maybe I will no longer have to cook, I can hire a cook for my family."

Big dreams sweep through Khamisa, with clear hopes of returning home. "When there is peace, I will go home and help South Sudan improve health conditions. As a doctor, I could help many people, not just my family."

While her former country is just across the border some 20 km away, Khamisa has had no choice but to make peace with her new "temporary home". She arrived at Alagaya refugee camp five years ago with her parents and four siblings, searching for safety. "I'm from the Shilluk people and we speak the Shilluk language. I am from Upper Nile State. Home is close by, but it feels so long ago," she says.

"I remember the fertile land and the beautiful trees. I remember dancing with friends, the peace before the war." With memories as wide as Khamisa's smile, she describes the home she left behind.

Sudan is currently hosting the largest population of South Sudanese refugees in the region — with a population of 850,000 continually displaced from civil conflict. Many have sought shelter in Sudan's White Nile State. With contributions from USAID, WFP continues to support refugees with basic food supplies including a combination of cereals, pulses, oil and salt.

A recent monitoring and evaluation study from April to July concluded that out of the 1,085 refugees surveyed across Sudan, an average of 68 percent holding ration cards for food assistance are women. Additionally, we know that more women are taking the lead in collecting food from WFP distribution centres. Ultimately, encouraging more women to make decisions supports the broader goal of having more even decision-making across households.

There are currently 1.1 million refugees in Sudan, mostly from neighbouring countries. For many fleeing across borders, the basic humanitarian right to food is often the first step to safety. 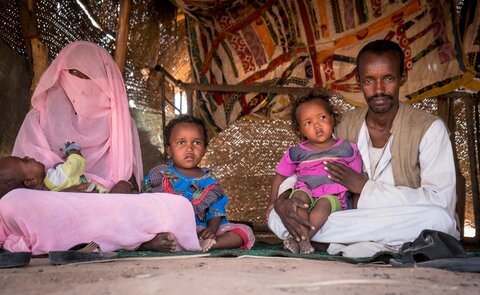 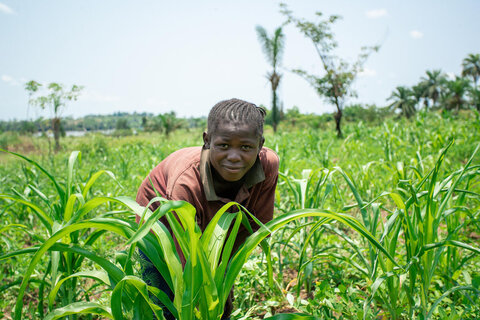