In sub-Saharan Africa, more than 60 percent of women are employed in agriculture and yet their potential as farmers and entrepreneurs is often limited due to gender inequalities, reduced access to farming inputs such as seeds and fertilizers and little or no access to finance.

Despite women being the largest contributors to the agricultural sector, they are often excluded from decision-making within their households and communities. The potential economic gains from reducing gender gaps in agriculture can translate into significant poverty reduction and improved nutritional benefits for rural women and their families.

In Rwanda, where nearly 70 percent of women are engaged in agriculture, the World Food Programme and partners (including fellow UN agencies FAO, IFAD and UN Women) have implemented an initiative that seeks to empower rural women by reducing gender inequalities and poverty, improve food security, and enable women to be leaders, decision-makers, and agents of change.

“I used to be very shy and felt unable to talk in front of people, especially in the presence of men. Now I feel more empowered and confident,” says Marie-Rose, one of 2,000 farmers in 19 cooperatives in Rwanda supported by the rural women’s economic empowerment programme.

Agriculture in Rwanda accounts for a third of GDP and generates nearly half of all export revenues.
So farmers are taught entrepreneurial skills such as public speaking and good governance, and innovative farming skills such as grafting – a horticultural technique which joins two plants in one to make a hybrid – in addition to best harvesting practices, accessing the market and contract negotiation skills.

“My leadership skills gave me the confidence to campaign and win a seat as a member of the National Women’s Council in my district,” adds Marie-Rose. “And my grafting business has also enabled me to buy a cow and pay for my family’s medical insurance.”

Cooperative members also notice nutritional benefits for their communities and increased profits, too.

“We grow tomatoes, beetroots, carrots, cabbages and bell peppers which are sold locally says Anastasie, president of the B’impundunka-Nyagisozi cooperative which was started in 2017.

“This means that local families have access to fresh vegetables and means profits for cooperative members.”

The success of the cooperatives is inspiring others to start their own businesses.

“I saw that the chickens from cooperative members were laying many eggs and this inspired me to buy my own and start a business,” says Anastasia, a mother of six living near the Abahangudushya women’s cooperative.

I now have enough eggs to feed my children and to sell some which has enabled me to pay for my family’s medical insurance.”

WFP works with the Food and Agriculture Organization, the International Fund for Agricultural Development and UN Women to promote gender equality across all its programmes in Rwanda and provides food assistance in a manner that makes equal resources available to women and men. The Rural Women's Empowerment programme is also implemented in Ethiopia, Guatemala, Kyrgyzstan, Liberia, Nepal and Niger. 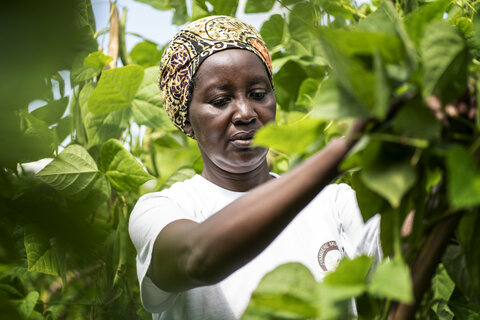 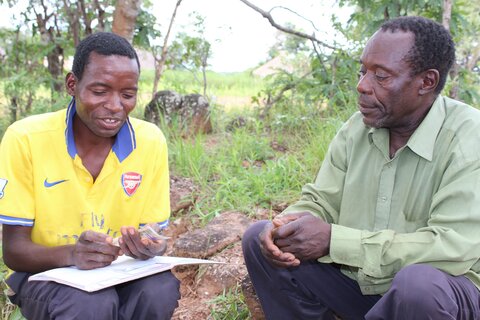 The savings group transforming the lives of smallholder farmers in Zambia 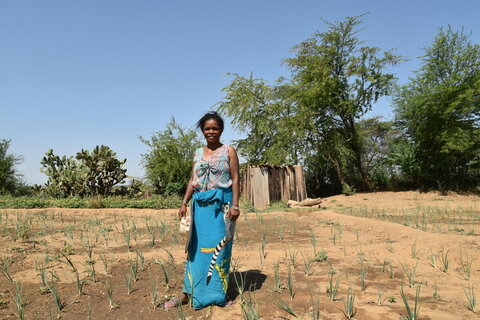