With the generous support from the European Union in response to the Syrian Crisis, WFP is providing cash assistance for Syrian refugees as well as vulnerable Lebanese citizens, both to support food security and social cohesion

It is midday. The neighbourhood stray cats lie stretched out on rooftops enjoying the warmth of the sun, complacent about the sounds of playful children on the streets below.

Roukati, a 40-year-old Syrian refugee mother of eleven children, listens to the sounds from her apartment above, busy spreading cooking oil mixed with spices onto Arabic flatbread. She wraps the thin bread into a roll, offering it to her son Ammar as lunch. Roukati does not eat, restricting herself to the tea.

She and her husband skip meals daily.

With the collapse of the local currency, skyrocketing inflation, and the economic and financial recession, about a third of Syrian refugee adults in Lebanon restricted their meals in 2021 to have enough food for their children.

As nutritional intake is a major concern, the European Union is funding cash assistance programmes through WFP to help the most vulnerable purchase food and other essential items.

“My 6-year-old, Amin, dreams of scavenging so that he can earn some money and buy chicken to eat,” says Roukati. “With a gallon of oil now costing USD 12 (350,000 LBP) we cannot afford chicken, meat, or cheese - only the basics like cooking oil, bread, milk.”

The mother manages the family finances and is a key decision-maker, while also being the primary caregiver. She says their main expenses are the rent and electricity generator costs in a country where power is available only a few hours a day. However, their income is limited.

Roukati’s husband is unable to work due to deteriorating health problems as they cannot afford the medication he needs. He struggles to climb the stairs to their fourth-floor apartment. The couple’s older sons can no longer support them.

Tragically, their eldest son was killed, the other was attacked while working and suffered a permanent brain injury. Their two teenage sons carry and deliver water gallons to residential apartments. Together they make about USD 7 (LBP 200,000) a month – not enough to cover a gallon of oil.

‘I want to become an engineer’

A schoolboy in Aleppo grows closer to his dream one snack at a time, with support from the World Food Programme

The family’s main income is the WFP e-card funded by the European Union that allows them to withdraw cash every month much like a bank card. Previously this card enabled families to purchase food only in locally contracted shops. Since September 2021, eligible Syrians can now also withdraw a limited amount of cash every month (calculated per family member for up to six people per household).

A family of this size receives the equivalent of around US$90 a month in local currency (2.6 million LBP). The exact value depends on the  exchange rate as the local currency continues to depreciate against the US dollar.

With the European Union’s support, over 230,000 Syrian refugees and more than 217,000 vulnerable Lebanese nationals are eligible to withdraw cash from cashpoints every month – which they use to purchase food and other essential items.

“It is better to have unrestricted cash than a food card, because now we can compare prices in different shops and find the cheapest items,” says Roukati, illustrating the daily price fluctuations and her role in stretching their purchasing power. “This helps us a lot.”
However, Roukati’s daily concerns for survival are not limited to food; she’s constantly worried about the safety of her children.

“I want the Lebanese to get assistance as well, so that we can get along,” says Roukati.

She and her husband nod in agreement. Both highlight the need to support the Lebanese who struggle, hoping that this will also help reduce intercommunal tensions as resources become scarce.

Thanks to the generous funding from the European Union, the most vulnerable Syrian and Lebanese households in Lebanon are being assisted through WFP e-cards providing a fixed amount of cash every month for unrestricted use to strengthen resilience. 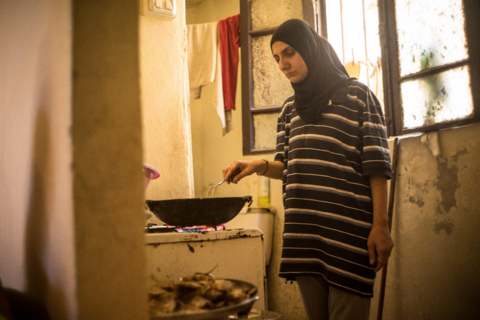 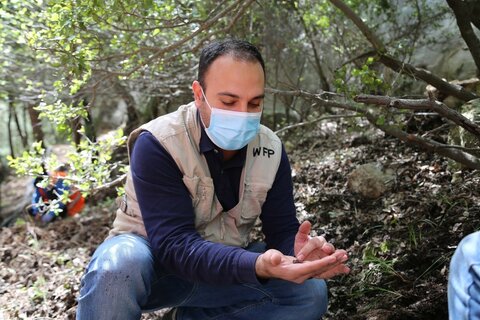 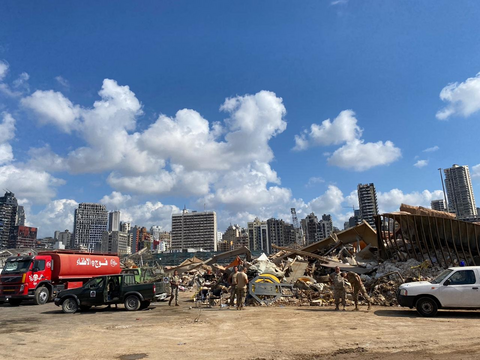