Where’s the most expensive plate of food in the world? The answer might surprise you

We investigate the true cost of a plate of food around the world.
15 September 2017, World Food Programme
Nutrition

Where do you think you would find the most expensive plate of food in the world? Tokyo? London? Switzerland? New York?

What if we told you the most expensive plate of food in the world was actually in South Sudan?

To each and every one of us, food comes at a cost. One that isn't optional: we eat or we die. But while in the developed world the cost of staying fed is negligible to moderate, in the poorest countries it is often exorbitant.

Why? Because of conflict. Or disasters, human-induced or not. Bad roads. Wrecked ports. Waste. Ruined markets. The reasons stack up like those cans of beans.

Counting the Beans is a global index to pin down the relative cost of food, in various countries, against a single baseline. 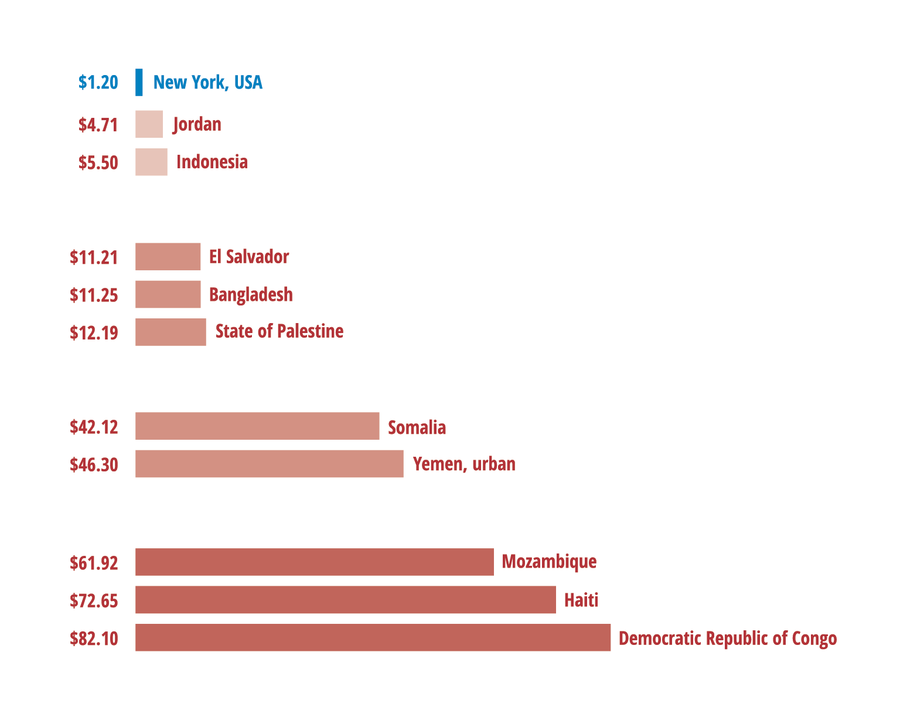 Here, we calculate the price of a basic plate of food in a poorer part of the world, and express it as a percentage of average daily income. Then we suppose that a person in a rich country has to pay as much in proportion to their income, for an equivalent plate of food.

By adjusting for purchasing power, we shine a stark light on inequalities in the affordability of food. Think of it as a reverse Big Mac index, if you will: rather than focus on the product's nominal price, we focus on the price as perceived by those meant to purchase the product.

This publication is both an illustration of wild disparities in the affordability of food and an attempt to disentangle the factors behind them.

Read "Counting the Beans: The Cost of a Plate of Food Around the World" and stay tuned to our Facebook page for the latest updates.

You can interact with the data from Counting the Beans on an online platform presented by WFP and Mastercard. Choose where you live, then see what the relative cost of a simple plate of food is in another country. Try it out at wfp.org/plateoffood