Lack of funding threatens the lives of 400,000 children in Kasai Region
26 January 2018, Jacques David
Democratic Republic of the Congo

Here in the Democratic Republic of the Congo, in Kamonia, the heart of Kasai Region, two women receiving food during a distribution by the World Food Programme (WFP) tell me their harrowing stories of loss, of escape and of an uncertain future . Their experiences are a window into the disruption wrought by the region's terrible conflict — and compelling evidence for continued help in a country where insufficient funding threatens to transform an acute hunger emergency into famine.

Esther Kadjanza was born in Kamonia 70 years ago. Like many residents of her village, she fled when red-ribboned fighters associated with the Kamuina Nsapu militia attacked it in April 2017, beheading her husband and a son, among many others.

Now caring for her son's ten children, she is head of a large household — a big burden at her age. She was hoping to find refuge in the village of Kabilemgu, two days walking distance (60 km) from Kamonia, but all she found there was more destruction and desolation, and its residents fleeing en masse.

"I didn't have the strength to move anymore, and thought I would die there. But it was so dangerous that we had to go hide in the forest, with only leaves and wild berries for food. When we got out from the forest to go back to Kabilemgu we would find beheaded corpses in the road.

"So I hid in the forest for three months, but then went back to my Kamonia because the civilian authorities told us that it was safe again. So I'm back. I have no husband, no son anymore. And my house was destroyed so I'm having to stay in the home of a family that's still hiding in the forest," she says with a mixture of despair and exasperation.

Before the violence erupted in mid-2016, the people of Kasai had never known humanitarian aid. But WFP food is a blessing, people here say. Esther too is grateful, but wonders how long she'll be able to make do with limited food for a very large household.

"A significant, carefully planned scale-up of our operation meant we were able to help 400,000 very vulnerable people in December, many of them in hard-to-reach places," says WFP Country Director Claude Jibidar.

"But with donations limited we've had to rely heavily on internal WFP funds, which are now all but exhausted. And because we don't have nearly enough resources, we've only been able to provide half rations which, given the gravity of this hunger crisis, is especially insufficient."

In addition to being ominously deficient from a nutritional standpoint, half rations provide less of an incentive for those still hiding in the forest to return to their villages and resume working their fields. Such returnees could help restore some level of food self-sufficiency in Kasai. 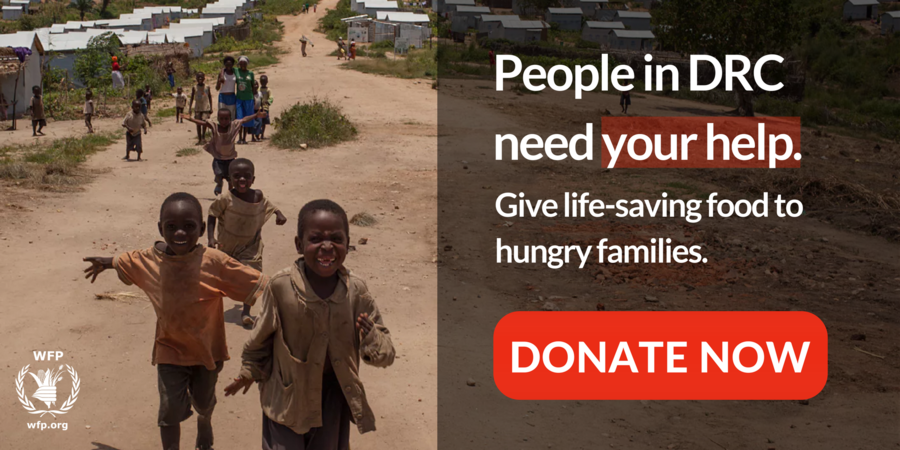 Tantine Ngalula arrived in Kamonia in June, following an attack on her village, Tshembe, that claimed the lives of her husband and three of her children.

She'd like to return home — which takes two weeks on foot — but has no news of the security situation there. She also doesn't have the money to travel.

Despite this, for the time being she is "full of joy", she says, because she's going to eat well thanks to food from WFP.

"The rations we receive run out after two weeks."

Now staying in a Kamonia church with her four surviving children, she sells cassava leaves, earning about 1,500 Congolese Francs (US$1) a day.

"That's not enough to feed us all," she says. "The distributions came at the right time, and I'm very grateful. Unfortunately the rations we receive run out after two weeks so the children go hungry for the rest of the month. I am worried because some churches, lacking money, have started pushing away displaced people."

WFP needs US$61 million to meet the needs of the 3.2 million people in Kasai region. This includes 300,000 malnourished children who are at risk of dying. "If donors step up sufficiently now, we could resume full rations in February, enabling a critical mass of returnees to prepare their fields for the next planting season in February," says Jibidar.

"That would, in turn, make a significant contribution to food self-sufficiency and reduce the risk of Kasai degenerating into the sort of long-term humanitarian disaster already affecting other parts of DRC." 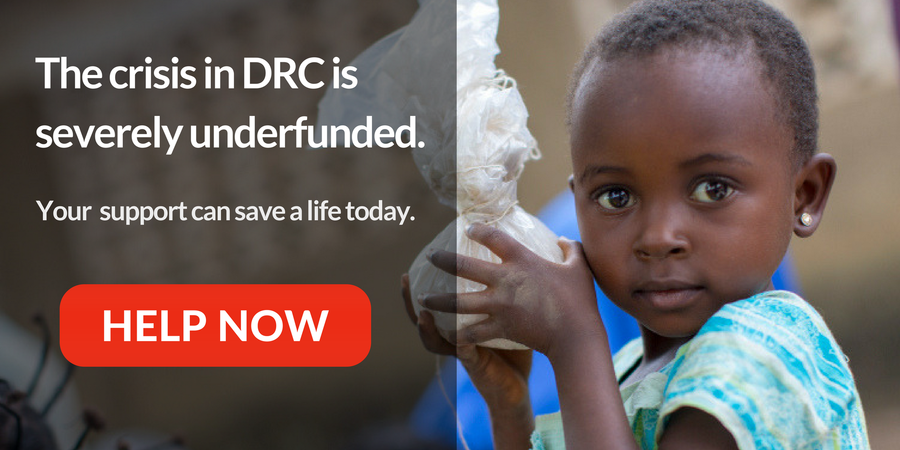