This article marks the 20th anniversary of the UN's landmark resolution 1325, ‘to increase the participation of women and incorporate gender perspectives in all United Nations peace and security efforts', on 31 October

Hamida Alsanousi set out to make a change, setting up an NGO in a challenging environment — today, her team supports 20,000 people in Libya's south, creating opportunities where once there stood obstacles.

The word that comes to mind when you meet Hamida is ‘resilience'. In 2012, just before she established her NGO, she felt lost and ‘without ambition', she says. Her husband had passed away, and the youngest of her six children was just five months old.

Hamida's older sister stepped in to support her, and they began to discuss their community in Libya's Murzuq region. Her children often come up in conversation, as do the vulnerable people that live in their area. From this, Atta Elkhair, which means ‘good giving' in Arabic, was born.

"I was very happy when it was formally approved by the Ministry of Culture and Civil Society," says Hamida. "We started Atta Elkhair believing that nothing is impossible, that change comes with initiative and creativity."

Libya has suffered almost a decade of conflict and political instability. The south of Libya has also been rendered particularly vulnerable by the coronavirus pandemic, which has worsened considerably in the last months and caused health and food needs to spike.

Though a permanent ceasefire agreed on 23 October has revived hopes of peace, conflict in recent years has disrupted markets, food production, and livelihoods, leaving many families unable to meet basic needs. In Murzuq district, where Hamida lives, tribal clashes and insecurity have displaced thousands.

"Cities in southern Libya already suffer every day because of armed tribal conflicts that undermine security," says Hamida. "This has badly affected people's day-to-day livelihoods and our access to basic necessities like food — conflict means road closures for food and fuel trucks."

She adds: "Many young people lose their jobs, and this increases their needs and results in high crime rates. So this was my first goal. They may be the most vulnerable, but women and youth are also the ones with a crucial role to play in Libya's recovery and success. Women help build their communities. If you empower a woman, you empower a community."

True to Hamida's dream, Atta Elkhair provides assistance to women, orphaned children, and people with special needs, with food and other forms of assistance. These include social activities and the promotion of community awareness on children's rights as well as women's empowerment through income-generating opportunities, she says.

It's no easy road for women in Libya, but Hamida and her NGO have turned stepping stones within their community into building blocks for their country. "I will never forget the challenge of my entry to Ghat," says Hamida, recalling heavy floods that hit the city last year.

"My team and I had to take a rugged road, full of mountains and highlands, one of the most dangerous," she says. "But we managed it. We managed to deliver aid to the people who had suffered. And that was true happiness."

In March 2019, the woman-led organization partnered with the World Food Programme (WFP).

The coronavirus hotline for Libyans inundated with calls

The operation provides both regular food assistance across the country and recently launched e-voucher transfers, as well as emergency food assistance. Programmes include school feeding and innovative livelihood training to support resilience in communities and the empowerment of youth and women.

Working with WFP, Atta Elkhair is assisting more than 20,000 vulnerable individuals in dire need of food, increasing the capabilities of Hamida's team, and working together to implement training programmes for women and young people. "I am very proud of the partnership with WFP," she says. "It has given me and the team the power of change and the hope for a better future."

"Our aim is a strong, secure, democratic country whose people are blessed and working for a prosperous, peaceful future," she says. "Working together, all of us at every level in every place — this is how we reach peace."

Learn more about WFP's work in Libya on Twitter. 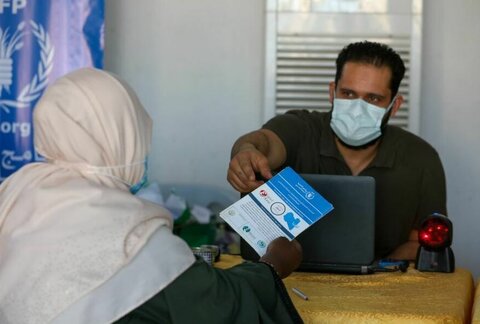 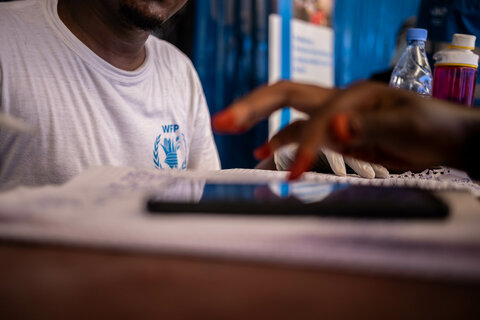 A chatbot named Mila: Answering the call for people in Libya