23.4 million
people in need of humanitarian assistance in 2022
17 million
people are food insecure
3.5 million
pregnant/breastfeeding women and children under 5 are suffering from acute malnutrition

Aiming to reach nearly 13 million of the most vulnerable people with emergency food assistance in 2022, WFP’s emergency response in Yemen is our largest anywhere in the world.

The current level of hunger in Yemen is unprecedented and is causing severe hardship for millions of people. Despite ongoing humanitarian assistance, 17 million Yemenis are food insecure.

The rate of child malnutrition is one of the highest in the world and the nutrition situation continues to deteriorate. A recent survey showed that almost one third of families have gaps in their diets, and hardly ever consume foods like pulses, vegetables, fruit, dairy products or meat. Malnutrition rates among women and children in Yemen remain among the highest in the world, with 1.3 million pregnant or breastfeeding women and 2.2 million children under 5 requiring treatment for acute malnutrition. 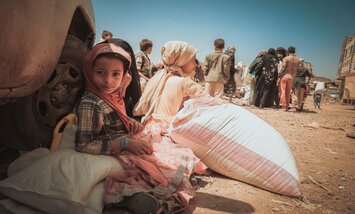 Cash assistance
WFP is expanding cash assistance in areas of Yemen where markets are stable enough to provide for communities’ basic food needs. To support this programme WFP is registering beneficiaries on a new biometric platform. Through this system, people receive cash equal to the value of the food basket provided to families, which will inject much-needed liquidity into the economy. Much higher food prices in the south versus the north of Yemen means the cash amount is different. 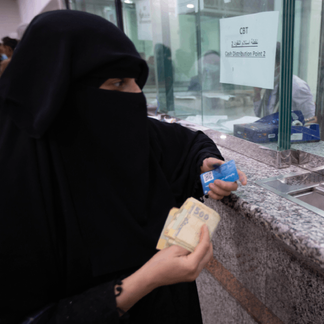 Nutrition assistance
In response to high acute, moderate and severe malnutrition rates among children and women, WFP targets to provide nutritional support to 2.5 million pregnant and nursing women and children in 2022. 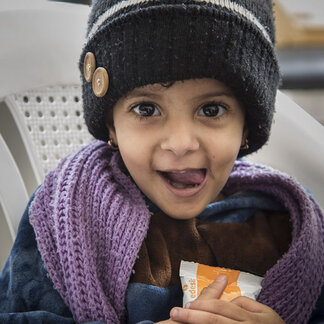 School feeding
WFP aims to provide daily nutritious snacks – either date bars or high energy biscuits – to 2.4 million school children in 2022. The programme focuses on areas that have been hard hit by conflict, leading to low levels of school attendance and poor food security. 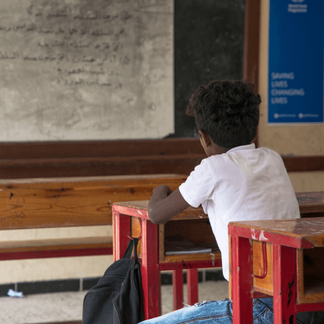 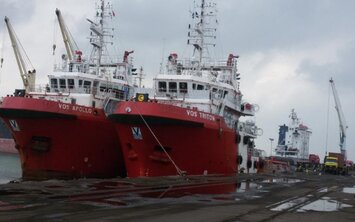 WFP is providing food assistance for those most urgently in need of support in what has emerged as one of the world’s worst hunger crises. In 2022, WFP aims to provide nearly 13  million people with emergency food assistance.