Brochures and Factsheets Resilience building Sustainable livelihoods and ecosystems Malawi
Responding to the unique needs along the lifecycle is critical to building sustained development and resilience for households. WFP intends to pursue its lifecycle approach to building resilience through three main avenues: building human capital as a pre-requisite to resilience building, building physical capital to ensure resilience at household and community levels, and grounding these interventions in strengthened national systems, processes, and policies.

A predominately agro-based economy, Malawi relies on agricultural production for its macro-economic growth. Through its Vision 2063, the Government has shown strong political will and commitment to address the multi-dimensional factors underpinning ultra-poverty, which affects about 20 percent of the population leaving households unable to meet their basic needs, as well as vulnerable to shocks and stressors.

It is now well documented that to sustain early gains and catch-up, good health and nutrition is important through the first 8,000 days of life and especially during school age. Understanding and responding to unique needs along the lifecycle is critical to building sustained development. This has the potential to have a major return on investment in both human capital and in local economies.

WFP is designing its programmes to create the most positive impact through evidence-based targeting, prioritization, and building on synergies between programmes while advocating the government to take ownership of these programmes. Nine districts (Balaka, Chikwawa, Dedza, Mangochi, Neno, Nsanje, Phalombe, Salima and Zomba) are prioritized given the potential for integration. 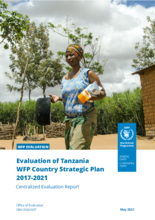 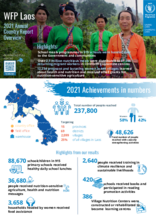