This report includes findings from a Crop and Food Security Assessment Mission (CFSAM) conducted in Myanmar in November-December 2015 by the Food and Agriculture Organization of the United Nations (FAO) and the United Nations World Food Programme (WFP).

More than seven months after Cyclone Komen caused widespread flooding in Myanmar, poor rural communities are still enduring increased levels of food insecurity. In particular, people in the hardest-hit areas of Chin and Rakhine state – already vulnerable to begin with – are still suffering, which serves to highlight their vulnerability to withstand similar emergencies in the future.

It found that flooding has exacerbated vulnerability to malnutrition in areas where children were already malnourished, most notably in Rakhine and Chin states. Additional assistance is required to rebuild livelihoods in these areas to ensure long-term recovery. 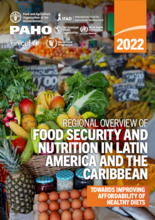 The Global Food Crisis: Impact on the Asia Pacific Region 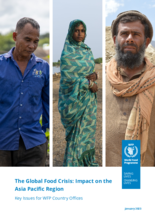 Understanding the Rice Value Chain in the Philippines: Defining the Way Forward for Rice Fortification 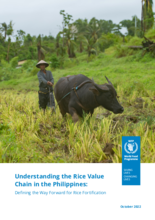