More than four in five households consume inadequate diets, and 57 percent of these households consume poor diets. Although the consumption of cereals has remained steady, the consumption of nutritious foods such as meat, vegetables and fruit have declined drastically since October 2020 – on less than one day a week on average. The number of households depending on regular income fell by 24 percent compared to the pre-crisis period (from 60 to 36 percent). Over 30 percent of households reported gifts or loans to be their primary source of income. Reliance on gifts or loans is a temporary coping mechanism, and households relying on this as a primary source of income are likely extremely poor.

Although 80 percent of respondents reported markets were functional, 66 percent of them reported not being able to access them due to lack of resources to buy items. Purchasing power of households in the Tigray Region has also eroded due to the increased prices of imported and factory-processed food items (such as rice, sugar, and vegetable oil). Prices of vegetables and fruits are also far higher in the conflict-affected markets since the supply routes to the main source markets are cut-off. The majority of households (76 percent) surveyed engaged in high or extremely high levels of consumption-based coping strategies.

The percentage of households implementing emergency livelihood coping strategies has more than doubled compared with October 2020 (from 13 percent to 29 percent). Access to basic needs other, than food, has dramatically dropped and the proportion of households  implementing crisis livelihood coping mechanisms has more than tripled, soaring from 12 percent in October 2020 to 48 percent in November 2021.

Proxy nutrition estimates show that the prevalence of GAM and SAM amongst children aged 6 – 59 months is 13 percent and 4 percent, respectively. Among those children surveyed, only 45 percent were reported to have been consuming nutritional supplements in the 30 days before data collection. Proxy MAM rates among pregnant and breastfeeding women were found to be 61 percent, and only 15 percent reported taking any supplements in the 30 days before data collection. 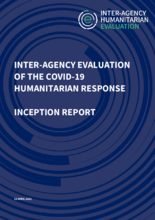 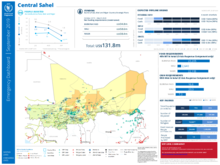