In partnership with the Government and the United Nations High Commissioner for Refugees (UNHCR), WFP continues to provide monthly food assistance to meet urgent food and nutritional needs of over 42,000 refugees and asylum-seekers in Dzaleka Refugee Camp.

Political instability and social unrest in the Great Lakes and Horn of Africa regions have resulted in a continued flow of refugees into Malawi for over two decades, with the vast majority now residing in/around the Dzaleka Refugee Camp.

From May 2019, WFP provided in-kind/cash at half rations to all households. Thanks to additional resources from ECHO, the ration was increased to 75 percent between September and December 2020.  A gradual move to e-payments started in October 2020, with a pilot involving 100 households to be used to inform further scale-up as it continues into 2021. 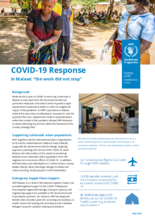 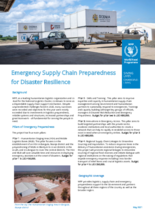 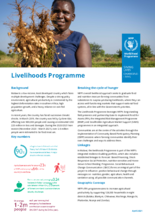