After the fire: WFP assists Rohingya refugees in Bangladesh

At 2:30 a.m. on Thursday (14 January) Nosiba Khatun was woken by the sound of screams and shouts.

The frail older woman took none of her belongings when she was helped out of her home. Outside, the flames of an intensely burning fire rushed towards her shelter.

Nosiba is one of 22,500 Rohingya refugees who live in the Nayapara Registered Refugee Camp in Cox's Bazar, which is run by UNHCR. She and her family have been living here since the 1990s when one of the first groups of Rohingya fled violence in Myanmar and sought safety in neighbouring Bangladesh.

Conditions in the area are precarious. Two cyclone seasons and a monsoon season every year bring risks of widespread flooding and devastation. Camps are cramped and overcrowded too, making fire an ongoing hazard, particularly during the dry months of December to February.

“We have nothing remaining, everything has been destroyed,” says Nosiba as she sits among the ashes of what used to be her home.

The refugees here have already had to rebuild their lives from scratch and now they face doing it once more. The Rohingya crisis is already an emergency situation with refugees entirely dependent on humanitarian aid. Living on disaster-prone land in cramped conditions means many people regularly face another emergency. An investigation is underway to establish the cause of this fire – not an uncommon occurrence, if not at such a scale.

Humanitarian agencies, government and refugees themselves are well aware of this and much has been done to make the camps safer places to live as well as implement emergency response mechanisms.

In this instance, the local fire brigade managed to contain the fire within two hours. More than 500 shelters and 100 public service points including shops, mosques and community centres were destroyed.

The humanitarian response kicked off with the provision of shelter kits to help with the rebuilding, medical care for those who needed it, and food.

Akima Khatun was one of those who lost everything and is receiving hot meals and nutrient-dense biscuits from WFP.

“I don't have any cooking pots, rice or money left, what can I do,” she says, gesturing to the charcoaled remains around her. “Our identity documents are also gone and we need them to do everything, they are proof [of who we are] – now no evidence remains.”

Within just hours of fire breaking out, WFP sprung into action. It has provided around 3,500 people from the camps, and the wider community, with more than 21,000 hot meals. Further food assistance will be provided once they have the means to cook again. 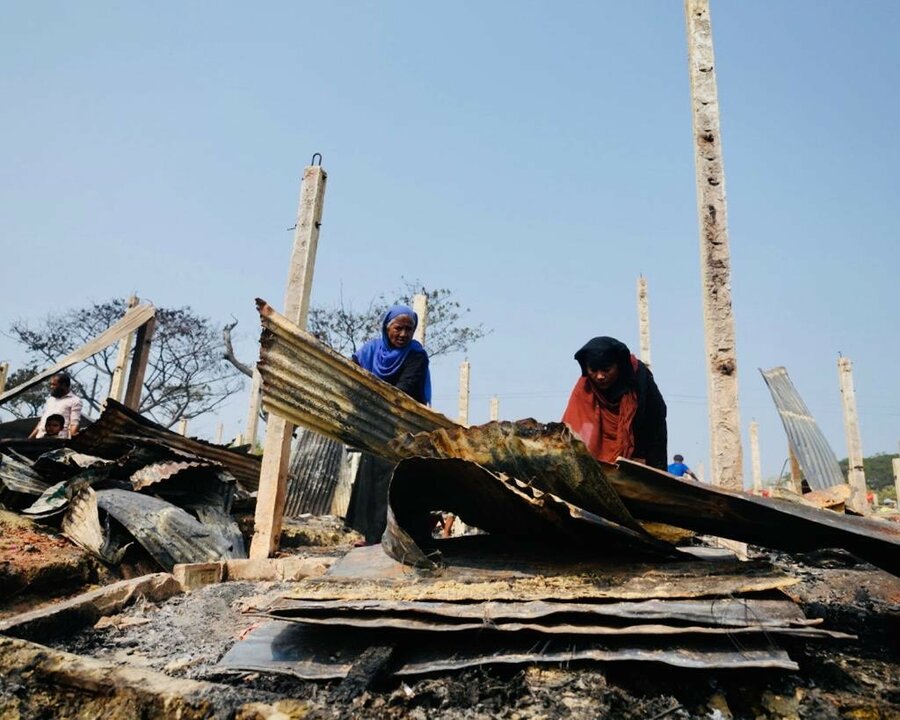 Being able to respond to major events like this within just hours is not just a stroke of luck though. WFP prepares year-round for climate shocks and other events that can cause widespread displacement or loss of food stocks.

From strategically stockpiling high-energy biscuits around the refugee camps to ensuring there are mechanisms in place to be able to provide hot meals, staff and partners remain ready to respond at just a moment’s notice, preparing for the worst while hoping for the best. 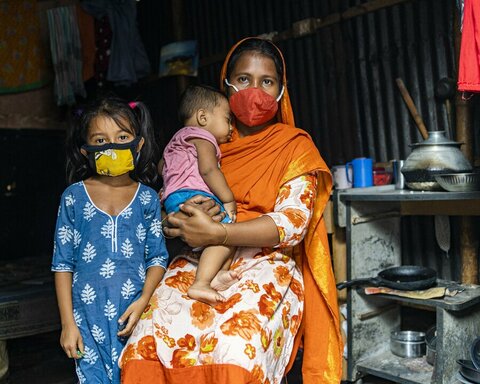 How do you drop food from 17,000 feet into a conflict zone? Watch our video