A bag of food and hope

Up to 70 percent of Mozambicans live in rural areas and depend on agriculture to survive. According to the World Bank, for every 10 kg of food that grows in the fields of Mozambique, at least 3 kg are lost because of poor processing, transport and storage.

This can spell disaster for smallholder farmers, their families and the communities that depend on them as they risk slipping into food insecurity.

In the central province of Tete, 50 percent of post-harvest output is lost, a recent World Food Programme (WFP) survey found. More than 30 percent of losses occur weeks after harvesting due to improper crop handling and ineffective home storage, which leads to an increased risk of post-harvest contamination and food poisoning.

This hampers WFP’s efforts to enable a complete food system from ‘farm to fork’, taking care of production, storage, access to markets and food consumption, coupled with education on the preparation of more nutritious foods.

To address this, WFP has implemented the Zero Post-Harvest Loss project in six districts of Tete province, promoting the use of hermetic bags and fostering market integration by linking together farmers, agro-processors and schools for the supply of homegrown food.

The first time farmer Francisco Tongadza reopened his hermetic bags of sorghum, which had been stored six months earlier, he could not believe what he saw. “The grains were as new,” he says. Francisco provides for a family of 18, of whom 16 are children and teenagers. He counts on his sorghum production to feed his family and sells the surplus in the local market. With the earnings he is able to buy a larger variety of food and other household products for his family.

Over the years, Francisco has been losing half the sorghum he grows because of poor conservation.

Since last year, however, he’s been taking part in WFP’s post-harvest loss training. With a technology as simple as a vacuum bag, Francisco can preserve his sorghum for months and sell it at a better price in the market.

“Last year, I kept four 20 kg hermetic bags full of sorghum. I sold them six months later at a much higher price than at harvest time,” he says. He received three hermetic bags from WFP during the training and then invested in more bags, made available by the organization at an affordable price.

These bags are allowing Francisco to envisage growth. This season, he is keeping 70 hermetic bags of sorghum weighing 50 kg each, which he plans to sell when the price is higher. “This year I will profit even more. With this money I will finish the roof of my house and enrol all my 16 children in school”. His productivity in the fields is the same, but what’s changed is that half of his sorghum is not being lost anymore.

Lucrecia Tomas cultivates corn, peanuts, soy and beans in her 3-hectare plot. Before, her production would be destined for immediate consumption by her eight family members, and for immediate sale in the local market – regardless of the prices it would fetch.

By joining the post-harvest loss project, Lucrecia learned how to use the hermetic bags to save her produce, so it could be eaten and sold later at a better price than during the harvest season. She also bought some extra bags. “It was a profitable investment. It seems as if the corn was stored for a week only, not for six months.”

Lucrecia breathes a sigh of relief with the new storage option, literally. With the hermetic bags she does not need to use chemical products to preserve her grains anymore. “I used to cough a lot and have respiratory problems with the chemicals," she says. "We also needed to dip the grains in water to be able to cook. Now it is healthier”.”

Lucrecia and the others at her farmer’s association have learned how to measure the humidity of their grains using another simple object: a glass bottle. With the food lasting longer, the farmers are also learning cooking techniques to have nutritious dishes on their tables throughout the year.

The project has succeeded in reducing the losses of participating farmers in Tete, from 50 percent to less than 9 percent.

In 2021, WFP is moving to implement the second phase of the project, to reach more farmers and establish a sustainable system to ensure availability of the hermetic bags countrywide through engagement of the public and private sectors.

WFP does not endorse any product or service. 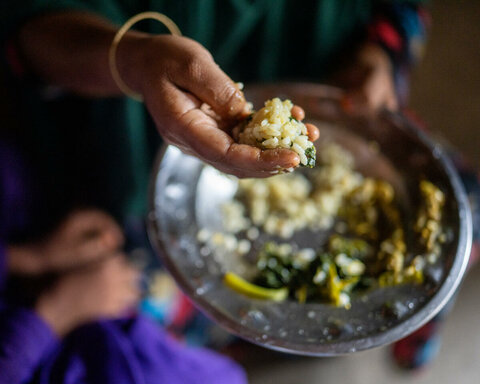 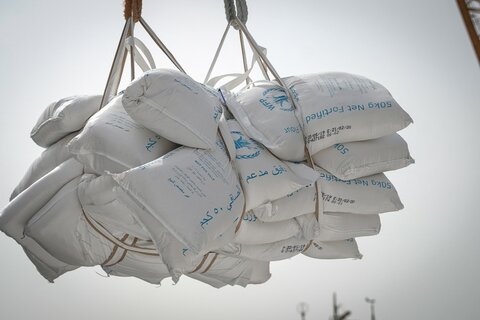 To protect and preserve: How packaging can help prevent food loss and waste 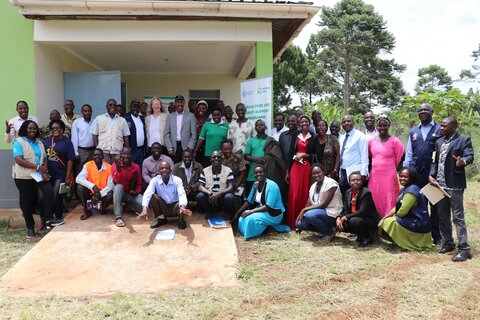