In June 2020 the World Food Programme, together with Oxfam Bangladesh, Weather Risk Management Services and Green Delta Insurance Company, launched a climate-risk insurance pilot scheme to support casual agricultural labourers affected by a prolonged monsoon flood. Funded by KOICA (the Korea International Cooperation Agency), the scheme compensates vulnerable families for wage losses due to the floods so they can get back on their feet and prevent longlasting negative impacts.

When her husband goes off to find work every morning, Afroza completes all her household chores and tends to her ducks and goat. Her husband is a carpenter and does not have a steady income. Since a daily wage of 200 Bangladeshi takas (less than US$2.5) is not enough to sustain a family of four, the couple sometimes work as sharecroppers, cultivating land owned by a farmer who receives a share of the yield.

They live in Chilmari, a char in Kurigram. Chars are areas of land, newly formed by river deposits, that are home to an estimated 5 million people in Bangladesh. This population is among the most vulnerable groups in the country of 160 million, suffering constant floods, erosion and the unpredictability of living in such a precarious setting.

“If I had money I would not live here,” says Afroza. “I would move to the mainland with my family.”

Since most chars are islands, families like Afroza’s feel isolated given the lack access to essentials such as nutritious food, healthcare, education and sanitation.

Located within the Brahmaputra delta, the people who live in the Chilmari upazila, or administrative region, of Kurigram district are more than familiar with the destructive potential of floods that damage houses and destroy crops during the monsoon every year.

However, changing weather trends due to the climate crisis are bringing heavier, unpredictable rainfall. When this combines with flows from melting glaciers in the Himalayas, upstream, unprecedented floods result, lasting for longer periods. People cannot just put their lives on hold until the waters recede.

Afroza struggles to provide food and proper education for her children when the small area of land where they live is underwater. “There is no work during the floods,” she says. “My kids want to eat many things that I cannot afford.”

“I am willing to contribute to an insurance premium,” says Afroza, “because the payout I get will be useful for me in the future.”

The overall goal of the climate-risk insurance initiative is to enhance the ability of households in flood-affected areas to deal with climate shocks, while improving their ability to reduce and manage threats to their food security.

The scheme is based on the analysis of satellite data collected over 19 years, backed by the latest water level and rainfall data. (The payout that char residents receive in the event of a catastrophe is based on pre-defined flood index parameters such as 'inundated area' as a percentage of the total geographical area and the duration of flooding.)

This is WFP’s first programme supporting the design and distribution of index-based flood insurance product. WFP is the leading UN agency providing climate risk insurance to vulnerable people globally, through its R4 Rural Resilience and African Risk Capacity initiatives. The data from this pilot will contribute toward designing more appropriate insurance products for poor and vulnerable people. WFP and its partners will incorporate the lessons learned to provide enhanced protection from future monsoon floods.

The pilot is timely. During the 2020 monsoons season, Bangladesh experienced the largest and longest flooding event in 20 years. This triggered a payout that provided each enrolled household with US$ 32.

Green Delta Insurance transferred the payout through their mobile money platform, so char residents like Afroza and her family were able to overcome their losses from the floods — they were able to buy food and rebuild their homes. However, the challenges of their lives in the chars are far from over. They will continue to struggle through this new year as they have in past years. But now, Afroza has a plan that will one day ensure a better, brighter future for her children. 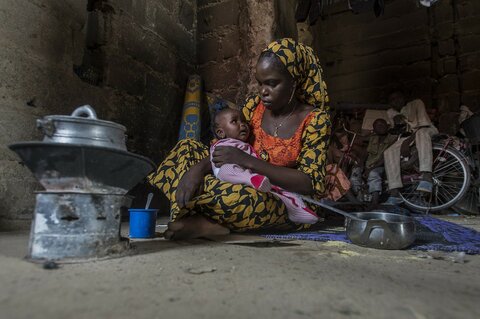 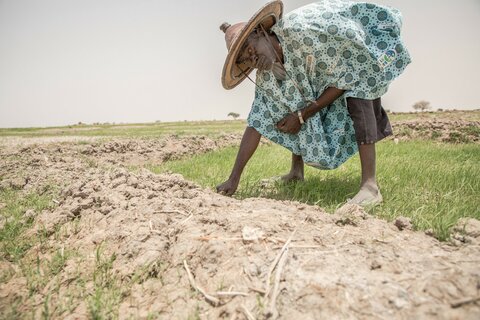